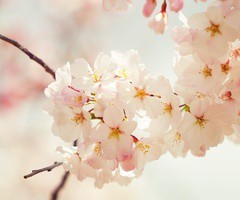 I'm sure like me, you were horrified by the terrible gang-rape in India recently and the subsequent death of the victim. Rape is a tragic crime against women that occurs across the world in unacceptable numbers. In India alone, the National Crime Records Bureau shows about 24,200 cases of rape and 228,650 cases of crimes against women have occurred in just 2011 alone - of course this does not count those who do not report their rapes or assaults, who keep quiet as they are simply too afraid or where the police refuse to do anything.

One rape, is one to many.  Rape is unacceptable.

In the USA, 44% of rape victims are under the age of 18 and 88% are under the age of 30.  Sadly, 54% of rape victims will not report their rape and most rapists will never spend a night in jail. (source).  In 2010, 84 797 women were raped in the USA (27.3 women per 100 000 population, which compares to 1.8 per 100 000 in India).  Without getting bogged down with statistical methodology, it is difficult to compare rape numbers across countries as definitions of what constitutes a rape varies, for example Sweden has a very broad definitions compared to Australia.

Whilst there is always the debate that some women bring this upon themselves by what they are wearing or by their provocative behaviour. Sadly, most rapes occur when women are just going about their everyday business. Everyday women, old and young, married or single, pretty or plain. Its all about power and pain over women. It isn't about sex.

Rape isn't new (its even mentioned and condemned in the Bible), it has occurred through the centuries and I can't tell you if it is any worse now than in times gone by. (Some) men see women as objects to take when they want and that, sadly, hasn't changed.  Men need to take control of their behaviour - rape is wrong no matter.

Many rapes are by men who know their victim.

However, I will admit that the attitude of the modern woman has changed and not for the better . . they are more likely to be wearing clothing that shows more flesh (provocative) and have a more flirtatious behave that some men read as "wanting sexual attention". Of course, that is precisely what some women are wanting . . . sex. These confusing signals make it very difficult for some men (in particular younger men) to "read" what a woman is wanting or asking for. This, however, never excuses any man from taking advantage of a women, even one that you know.

Some men though are just evil and rape women as a form of power and to conflict pain and terror onto someone else and it doesn't really matter the age of woman or what she is wearing.

As parents, we do need to teach our sons a few simple things: respect women (all women), men can't have everything they want or desire and must take control of themselves - women are not objects just to be taken even if they are sending out confusing messages.  Of course, for young Christian men this shouldn't be difficult at all, but sadly even Christian men can fall into this evil vice. But perhaps, don't go to those sorts of places where you are mostly likely to be tempted and see (witness) behaviour that is far from Christian . . . e.g. the nightclub scene.

My advice to women - and its here that I would like to say that women shouldn't have to do these things to prevent rape, it would be wonderful to be living in a world where men knew it was very wrong to rape a woman:
When I am at home alone, I always have the front door locked and I only talk to people through the screen door. I don't let strange men into the house unless I have the dogs close by or someone is at home with me.

This world is full of evil and we need to protect our girls and give them the skills they will need as women. We can't lock our girls up and we don't want to be lock up ourselves, but we do need to be careful (but not fearful) and watchful for other women.  Men need to learn that rape is WRONG.


And before stepping out, pray for your safety. The Lord is always with you.

Don't tell your daughter not to go out, tell your sons to behave properly
(quote from a newspaper reader)