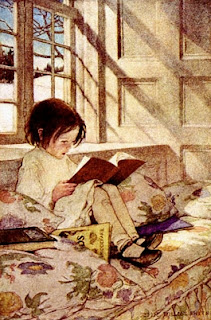 This was written by Marjorie Bligh, now 94 years old (born in 1917).  She wrote this a number of years ago but I think if she updated it to now, she would be more scathing of the modern child than she is here.
~oOo~

As children we were not allowed to express our feelings to Mother or our teacher, we were not allowed to answer back even if we were in the right, and if we dropped a log of wood on our foot, we couldn’t say “damn”, it was swearing.  We had to be “seen and not heard”, and were not to speak when grown-ups were speaking.
How times have changed!

We were not allowed to answer the door when there was a knock and sex was never mentioned, but today they say it is essential and we all know the results. When we were asked to do a job, we did it immediately.  Now it is “wait a minute”.

Discipline isn’t practiced these days. Children tell their parents what they want to eat, wear, where they want to go, and are allowed to sit up late at night.  They answer the telephone when you ring the parents, which wastes time and money for the caller.  Both parents in many cases work to cater for their children’s expensive tastes, as they must have everything - from crazy looking bicycles to radios. We received a present twice a year, but children today demand them anytime, and they frown if someone doesn’t give them an expensive gift.

Nothing given in these times is appreciated as children receive too much, too often.  I’ve rarely been given expensive gifts and anyhow I would rather earn my own, then there is no repercussions when there is an argument.  Today there are several cars to one home, in many homes the diet consists of take-aways, pies, pasties, Coke and sport seems to have replaced the learning of the three R’s.


~oOo~
I don't think this has dated to much, do you?
How true - children are given "gifts" all the time these days, when I was a child we received two -  for Christmas and birthday - and even then, they were not expensive.  The modern child is spoilt rotten (not all, but many).  And if they get everything they want as a child, what happens when they become adults?  And the language . . . do I need to say more . . . just catch a bus after school? And sport  . . . in this country it has taken on an importance that I can not relate to . . . at all . . . a religion!!
However there was a few things I didn't agree with: "not allowed to express our feelings to Mother", children need to do this and I have no problems with my sons telling me how they feel, we should encourage this, especailly with boys who can be poor at expressing their feelings. The other one is "sex was never mentioned", I do think this is a conversation that parents should have and not in a mystical way that use to occur, but the true!  Overall, it was pretty accurate!