Showing posts from September, 2012
Show all

Considered to be on the best water-colourist in the world - what do you think!

Link to website: http://www.stevehanksartwork.com/ (warning contains a number of paintings of naked women) 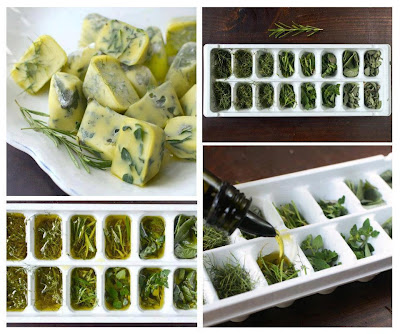 One thing I love about the internet is the ability to share ideas and this is one of them. This was posted on Facebook the other day and I thought it was an excellent idea and one I plan to try when I go home.
All you need to do is cut up some herbs (I have heaps of parsley that won't last the summer) place in freezer trays and cover with oil (extra virgin oil olive, coconut oil) or water and freeze. They can then be tossed into a soup or stew when needed. What a great idea. 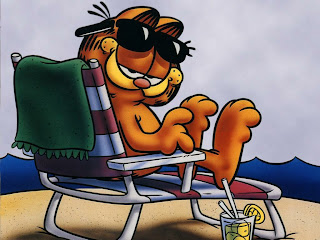 I'm on holidays (I think Americans call this a vacation), the start of my five weeks off work.  I am currently visiting my family and won't be home for a week (dear husband has been left to look after the home, the dogs and my cats). I have been looking forward to this trip for ages and so far so good!
As a result blogging might be a little spasmodic (or lite) this week as I will be preoccupied with other activities (and family), but when I can, I will post a blog. I can though say that Art Friday will appear as normal as I have already done it.

May you all have a wonderful week. 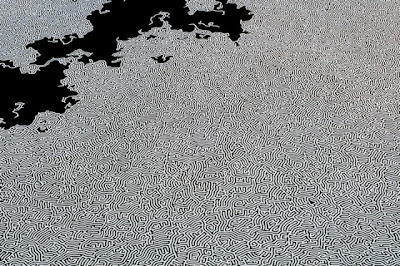 Artist: Montoi Yamanolo Born 1966
Japanese artist
Artworks created by using salt
The story about why Yamamoto started down this path is a sad and tragic one. He was a third-year student at the Kanazawa College of Art in 1996 when his younger sister died at the young age of 24 — two years after being diagnosed with brain cancer. To ease his grief and to honor her memory, he starting working on these installations. Salt has a special place in the death rituals of Japan, and is often handed out to people at the end of funerals, so they can sprinkle it on themselves to ward off evil. Since 2001, he’s been creating these amazing floor installations by filling a plastic bottle, usually used for machine oil, with white salt and then sprinkling it on the floor.
As he told Japan Time, “I draw with a wish that, through each line, I am led to a memory of my sister. That is always at the bottom of my work. Each cell-like part, to me, is a memory of her that I call up, like a tiff I had with her o…
2 comments
Read more

September 20, 2012
I love finding out new things and sharing them with others (others might not find it as interesting!!). So when I discovered that in 1900 the city of Sydney (Australia'a largest city) was hit by the Bubonic Plague I was really interested.  This wasn't something I had learn in school, so I had no idea that within 8 months 303 cases of Bubonic Plague had been reported and 103 people had died.  Of course it caused panic and dread among the population of Sydney, but the health authorities were aware of the building evidence that plague epidemics were associated with an epizootic infection in rats and began to incorporate preventative strategies to prevent its entry through the ports.
As a result of the plague, a cleansing and disinfecting operation took place (between the 24th of March and the 17th of July 1900) which resulted in the demolition of the "slums".  The disinfecting included: solid disinfectant (chloride of lime); liquid disinfectant (carbolic water: miscible…
10 comments
Read more 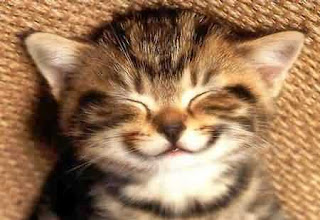 Getting a little excited, two more days at work then 5 weeks leave. I can't wait . . . sleeping in, relaxing, reading books (I already have a pile waiting), going for walks, smelling the flowers (and perhaps some gardening) and not a lot of housework!   I have some exciting projects lined up and can't wait start ( I will share these with you as I do them!).  This is five weeks of enjoyment and not work!   Hopefully the weather will be nice, but being spring it is likely to be a bit up and down, but that is ok, as I have both indoor and out-door activity planned.

Rules for Female Teachers in 1915 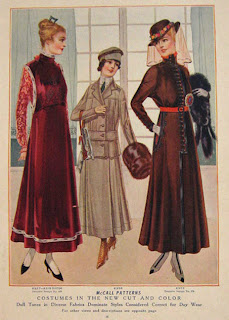 Rules for Female Teachers in 1915 (Queensland, Australia)
You will not marry during the term of your contract.You are not to keep company with men.You must be home between the hours of 8pm and 6am, unless attending a school function.You may not loiter downtown in ice-cream stores.You may not travel beyond the city limits unless you have permission of the Chairman of the BoardYou may not ride a carriage or automobile with any man unless he is your father or brother.You may not smoke cigarettes.You may not dress in bright colours.You may under no circumstances dye your hair.You must wear at least 2 petticoats.Your dresses must not be any shorter than 2 inches above the ankles.To keep the school neat and clean you must:sweep the floor at least once dailyscrub the floor at least once a week with hot soapy waterclean the blackboard at least once a daystart the fire at 7am so the room will be warm by 8am.
So ladies, I hope none of you plan to loiter downtown in one of those ice-cream stores a…
11 comments
Read more 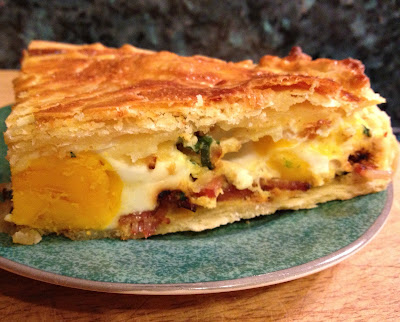 Up until recently I avoided making pastry. For some reason I felt it was far too hard and instead I used shop bought pastry.  But I thought it was time to overcome my pastry fears and make my own and that is what I have been doing!!  And it has been loads of fun and so far no disasters!!
Last weekend I made an egg and bacon pie with a flaky pastry case - it turned out very well and tasted far better than I had anticipated!! The pastry was so easy to make but was time consuming so this will be a weekend activity for sure.  I used this recipe to make the pastry (LINK) however I combine two recipes to make the filling.  That is what I like about making pies, you can be as creative as you like and combine recipes to make your own depending on taste.


On Saturday I made a short crust pastry using this recipe (LINK) in the food processor and once again it turned out well.  However the recipe doesn't use enough water so I added much more than suggested.  Using the food processor makes …
6 comments
Read more

Spring is in the air 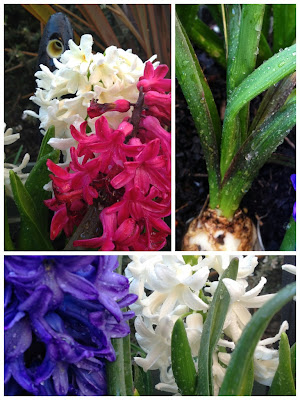 The weather is glorious today, the sun is shinning, the sky is blue, the birds are singing and the blossom is everywhere so I thought it was  a perfect time to give my blog the touch of spring.  I hope you are all having a wonderful weekend and can enjoy some beautiful weather like I am enjoying.