In celebration of books: Sherlock Holmes 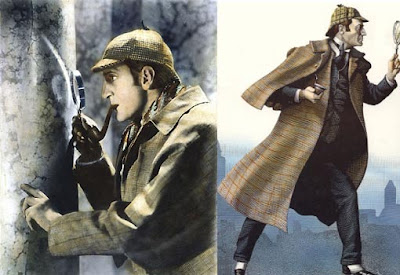 I was introduced to Sherlock Holmes as a young teenager (thanks to my brother, who was an eager reader of Arthur Conan Doyle) and have thoroughly enjoyed this character ever since.  I have read almost all the books and have watched many different versions of Sherlock Holmes on TV, currently enjoying the "modern" reincarnation of "Sherlock". It's probably thanks to Doyle that I quite enjoy a good murder mystery - including those by Agatha Christie. Here is some trivia about the author and the character. Something lite for the end of the week:)
What was your favourite Shelock Holmes Story?
What TV/movie version is your favourite?