Updates and other random bits and bobs 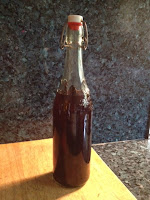 I thought I would do a  couple of updates on things around the home starting with my homemade vanilla. You may remember back in January I started making vanilla using a bottle of vodka and 10 vanilla pods. Within a few weeks the vodka had darkened but still tasted strongly of vodka so I added the remaining 5 pods that I had left over.  Probably overkill but won't do any harm. Having two grown sons who quite like alcohol (!) they were my tasters and every couple of weeks they would have a small taste.  They both agreed that the longer I left the vanilla extract the better and they were quite right. It now tastes so much better (and the smell is amazing), but like all alcohol, the longer it is left the better it will be. In fact some recipes say to leave the extract for 6 months to obtain the best taste and that sounds about right.
My 19 year old made custard tart on the weekend (to welcome me home) using the homemade vanilla and I can report back and say that the tart was very good (he even made his own pastry).  I have put in another order (and suggested he made this one as well - coconut cream tart)!! 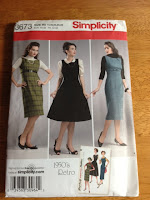 Back in February, Val from The Victorians Didn't Even Like Pink shared with her readers a beautiful dress she had made and I loved it.  I decided I would obtain the pattern and find a clever dressmaker to make it for me (there is no way I could make this).  This week I went out to Spotlight to buy fabric. I was very disappointed as they had hardly anything I liked and very little for winter.  I bought two pieces of fabric in case I want two dresses made, however the 1st will be the red and grey tartan.  The navy blue may be made into a long straight skirt if I decide not to make a second dress.  Does anyone know of any dressmakers in Canberra - I would love to find a mum at home who likes to sew on the side. 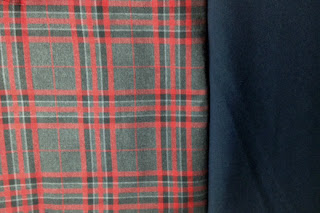 ***
I had been looking foreword to warm sunny weather this week . . . but no, God had other plans, rain with cold winds and grey skies. I won't complain as it has meant being indoors doing things around the home such as editing some photos, reading, cleaning out my t-skirt drawers and some baking. I have also started a new DVD mini series called "Call the Midwife" which tells the stories of the midwives of the East End (London's poorest communities) in the 1950s.  Its a fascinating 6 part series, very tastefully done. However my husband has no desire to watch with me, instead we have been watching an equally interesting series on China and its economy.
*** 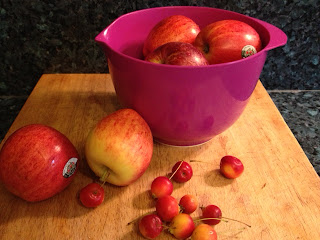 I picked the last of the crab apples which I will turn into more crab apple jelly (its great on pork). However, I don't quite have enough crab apples (only half a kilo), so I will make up the differences with Royal Gala apples which should result in a pink sweet jelly.


Do you know what the biggest compliment is when making jam . . . when your son gives 2 jars of your homemade jam to his friend who happens to be a chef.  Knowing that my son thinks so highly of my jams/chutneys that he wants to share it around is such a nice feeling :) 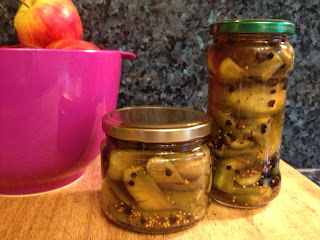 I also tried my hand at pickled cucumber . . . never made it before, first time for everything! Will be able to test it in a week.
***
I could sit here and chat all afternoon but that wouldn't be very productive . . . so I think I will do some baking- I found a delicious looking recipe for "Passionfruit and Lemon Slice that I would like to try.  Come around in an hour and we can have afternoon tea together :)  Cooking is always a great activity when it is bleak outside. 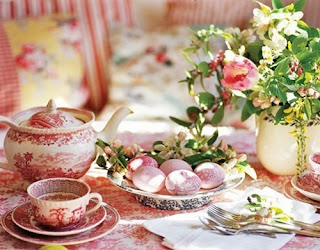 around the house Cooking Movies