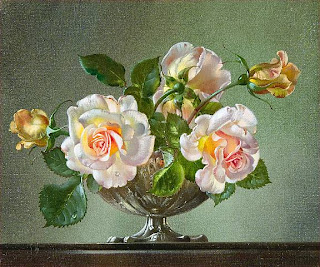 
I had never heard of Cecil Kennedy until I watched Antique Roadshow the other day. An elderly lady had been given a "picture" similar to these by her father. She always believed it was a print and not an original. A dealer wanted to buy it from her and offered her 10 pounds.  To her amasement her painting was valued at something like $70,000 and was an orginal Cecil Kennedy. She laughed and said, she didn't think her father would have given her something of no value. No, he hadn't, he gave her something of great value that was also beautiful!!

Cecil Kennedy was born on the 4th of February in London in 1905 and married  Winifred Aves in 1933, they had one son. He died St Albans, Hertfordshire 12 December 1997.  Once considered one of the lesser genres, still-life painting have in recent years been elevated to its rightful status as a complex and thoughtful art form.  Kennedy came from a painting family with his grandfather, his father and four of his uncles were painters. His grandfather was a landscapist who befriended the Barbizon painter Jean-Baptiste Camille Corot. (sourced from link)

Much of his painting technique came from the old masters - he studied in Antwerp and Paris and was awarded a silver medal at the Paris Salon in 1956 and a gold medal in 1970. His carefully delineated flower paintings have been likened to those of the Dutch 17th Century Masters in approach and devotion to detail. His many private patrons included Queen Mary, the Duke of Windsor and the Astors.


When you look at these artworks, see if you can find a ladybird or a bumblebee in the painting. Also take a good look at the vases, they often reflect the room in which they stand.  I couldn't decided which one I liked the best. They are all so delicate and lovely.  Very feminine. 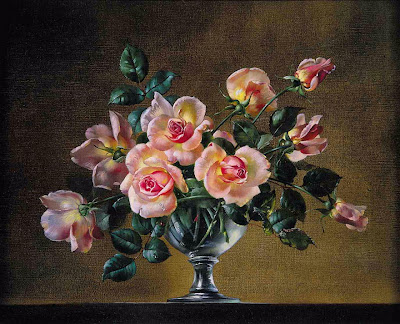 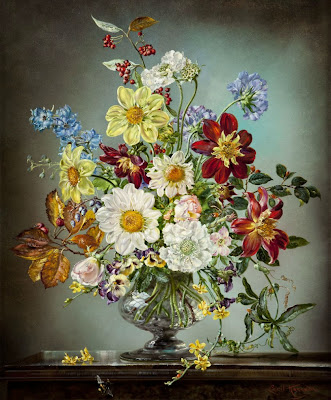 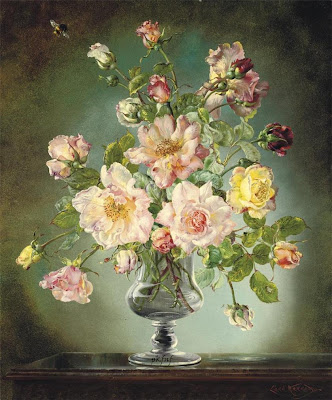 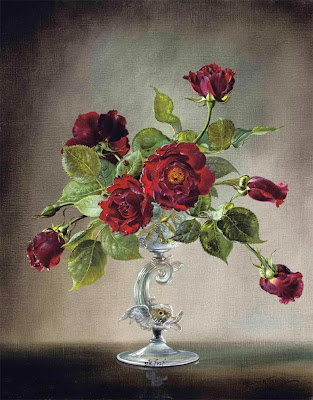 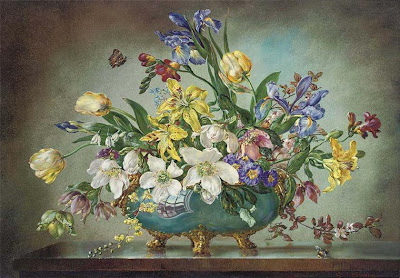 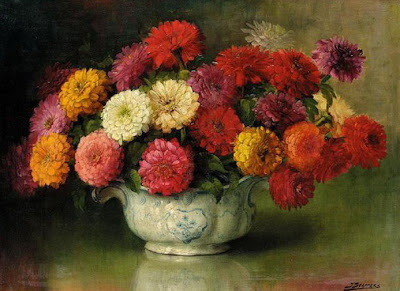 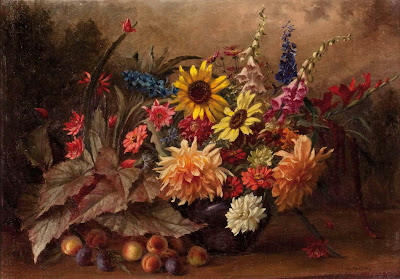