Holly Hope Banks was born in Columbus, Ohio in 1957. She began her art education at the University of Toledo, receiving her Bachelor’s of Art degree in 1981. She was a registered copyist at the National Gallery of Art in Washington, D.C. for 5 years. Holly continued her classical training at the Atelier of Plein-air Studies for 4 years and then furthered her studies by extensive travels to Europe.

In 1996, Holly was one of six American artists chosen for cultural exchange with the Union of Russian Artists. They were the first group of American artists to be officially invited to Russia. Here work was featured in an American/Russian show in Kolomna and Moscow, Russia. In 1998, she was named as one of ten prominent emerging artists in an article of American Artist magazine. Source Link

Her style is old fashion, in fact if I didn't tell you her age, you might think some of these paintings come from the late Victorian age, in particular her still-life works. 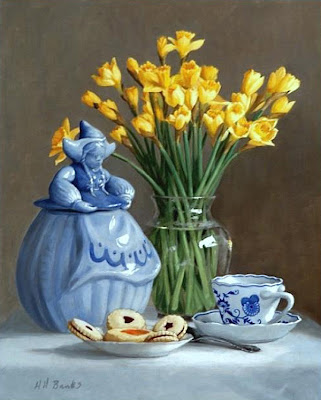 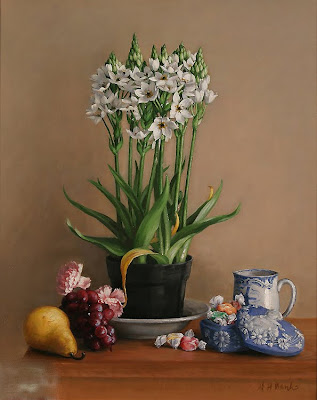 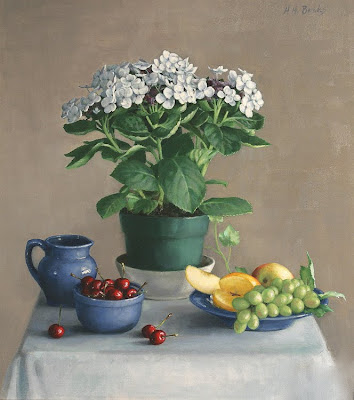 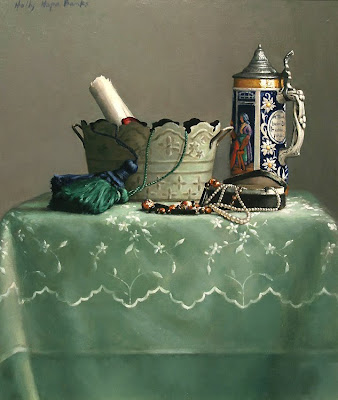 Quote from the artist: "The beauty of nature moves my spirit. I want to express this nature visually and in a traditional manner, as in the fine old master paintings you see in the museums. I look to them for inspiration and guidance in the convention of picture-making and strive to find my own language, my own personal handwriting within this discipline.

The artists most influential in my work are the 19th Century French, Naturalist painters Jules Bastien-Le Page and Emile Friant as well as the English Newlyn school painters, Arthur Hacker and Sir George Clausen. Emile Carlsen and Henri Fantin-Latour are my influences for still life.  My goal is to achieve the highest caliber of workmanship and craft as the masters accomplished in the past. Always striving for that high standard, humbly."