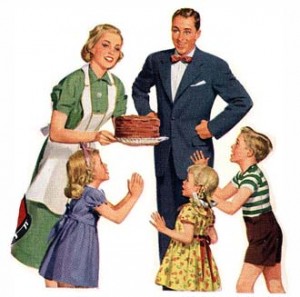 The inaugural Suncorp Bank Cost of Kids Report found that teenagers cost their parents $237 per week, compared with $206 per week for infants, or birth to two year olds.

In those middle years, costs do get cheaper - ages three to four $167 and five to 12 years $163.  But a new analysis has found that while the first couple of years are a stretch on the household budget, the teen age is even more expensive, with costs peaking when a child is 17.

Food was the biggest single weekly expense when raising children; it was cheapest for toddlers at $38 a week and most expensive for teenagers, adding $75 to the grocery bill.

While the cost of raising a teenager exceeds $12,000 per year, it begins to skyrocket for those parents who opt for a private education over the public system.  On average, the weekly cost of educating a child in the public system is blown out of the water from $18 to $393 if they choose to send their child to a private secondary school. (source: link)

What do you think?  Do you spend any where near these amounts on each of your children?

I have to agree that the older the child is (my youngest is 19) the dearer they are. However much of the additional costs are due to the technology they own such as mobile phones, computers, flat screen TVs, Kindles, iPods, iPads . . . .  and the list goes on. Whereas if these are not provided the costs would most certainly drop. However most parents these days see these items as part of having children and would't dream of not providing them to their children.

But to be honest, the cost is what you want it to be. Yes, all children, no matter their age needs clothes, food and a house to live in - but there is quite a few choices in keeping the costs down.  The cost of clothing can be reduced by sewing your own, thrift shopping or shopping only during sales. Costs of clothing only get wild if you buy the latest fashions.  Likewise food doesn't need to cost heaps - avoid take-aways and eat healthy and the bills won't blow out of control.

As for toys - well, most children have far too many and parents just keep on buying them. I read a very  sad but fascinating story the other day. Children from around the world were asked to share their most treasured toys.  Those from the poorest nations, such as those in Africa shared their one and only toy - it meant the world to them. Some children had no toys at all, but they loved their bottle top collection very much. The child in Japan had some many toys, she couldn't decided. Likewise the child in the US and Australia. Many children in the west have rooms full of toys that cost a small fortune but it doesn't make them any happier.

Then add all the extra curricular activities such as sport, dance, music, tutoring that a child may participate in - more costs.  Then we have birthday parties that children seem to go to endlessly. I remember when my eldest son started going to parties, the cost of the gift was minimal, by the time they were teenagers, the cost was getting silly.

These things have become the norm and no wonder some families are struggling with the costs of bringing up children.  If you can afford it (without credit), fine, but if you can't, then learn to say NO to your child . . . they will recover from the shock of not getting their own way but will survive to live another day.

But with only one child now at home, I have to admit he is spoilt more than if we had more children at home. With a budget that doesn't need to stretch as far, the baby of the house gets things that he might not otherwise get - such as fancy clothes, technology and trips out to restaurants with friends. Not always a good thing (as far as I am concerned) - but my sweet child has a way of asking his "mumma bear" (as he likes to call me when he wants something) that just melts the heart!!