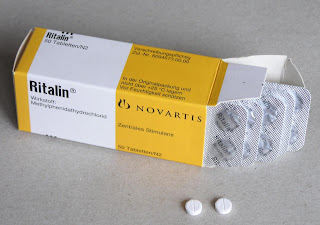 EXPERTS have warned that parents who don't medicate children with ADHD could be referred to child protection authorities under controversial draft guidelines being considered by the National Health and Medical Research Council.  .  . However, child psychiatrist and Monash University lecturer George Halasz says the situation should not be seen as unique to ADHD and parents who fail to manage serious conditions such as their child's asthma or diabetes could also be considered to be failing their duty as a parent. (source)

The guidelines, created by an NHMRC expert working group, state:

If Australia heads down this path, we are no different to a police state. Some parents will be loose their rights to decide how to manage the health of their children.  This sort of thing really annoys me and probably annoys many others. ADHD is not a life or death issue and can be helped in many different ways, drugs is only one way.

As a mother of a son with ADHD, it would have been terrible if we had lost the right to make our own decisions in how we managed our son's ADHD.   In some ways we did, the school he attended in the 1990's strongly encouraged us to medicate our son, we did in the end, but if I did it all again, things would have been very different. In the end we did take full control, altered his diet and took away the drugs. He can now function fully in society, go to work and getting married. He knows how to manage his ADHD and does a great job.

What is the next step - adults be forced to be medicated if they work in particular industries?

Earlier this year, a SWAT team raided the Detroit home of Maryanne Godboldo for refusing to medicate her daughter with dangerous psychiatric drugs. These thugs actually kidnapped the young girl, who was eventually released after it was determined that Maryanne had every right to choose her own daughter's medical care. (source)