Remembering the lives of others 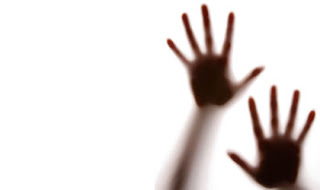 On days when I am feeling lousy or depressed about life I should just look around and see that I am very fortunate woman with nothing to complain about. I have a roof over my head, good health, food on my table and surrounded by people who love me. I am living in my country of choice that is free from war, has a democratically elected government and I am free to choice how I live my life.  I should never complain about getting up to go to work in the morning as I have a wonderful job which I enjoy and work for people who are kind to me.  Because:

Three out of every 1,000 people worldwide are in forced labour.

4.5 million of these people are victims of sexual exploitation.

2.2 million are in state-imposed forms of forced labour such as prisons or held by rebel armed forces.

9.1 million (44%) have been moved either internally or internationally.

As I wrote the other day (link), we live in a society where we find a lot of things to complain about, no matter how trivia. However if only we looked beyond our comfortable lives and see how other people are living (if you call it living) and then our lives look very good indeed. Not only those in forced labour, but those poor people living in terror as their country heads towards civil wars, those dying from famine with mothers desperate to find food, those living in countries run by dictatorships, those living in countries overrun by rebels that rape and murder women, and for those people who are running away from their countries as it is so bad to live in.  All these people have a reason to complain - but they don't, they are struggling just to stay alive.

I was (still am) a strong believer of telling my children these things as I wanted them to understand how fortunate they were, how safe they were and that they should be thankful for what they have, rather than taking it for granted.  Even if you don't like you current governments, it could be far worse and you don't need to look too hard to find terrible examples of how mankind treats each other.  Sadly the west sits by and "talks" and nothing seems to happen - whilst on other occasions the west goes into battle, not for the sake of people, but for economic purposes i.e. oil. Humans in general aren't a very caring bunch, even if we like to convince ourselves we are.

Once in a while think of these people, we can help in small ways through organisations such as World Vision, Amnesty International or UNICEF or if your church has missionaries on the ground in some of these areas.  We do our little bit by providing money to World Vision to help young girls how have been rescued from prostitution (sex trafficking) in Asia - every little bit helps at least one person.


Just one act of kindness can make so much differences to the life of someone else.

Whoever shuts his ears to the cry of the poor
Will also cry himself and not be heard.
Proverbs 21:13

* Statistics are from the International Labour Organisation, data as at 2012

Current Affairs In the news