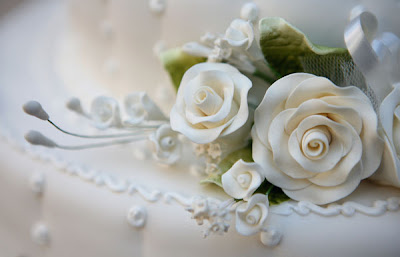 I am thrilled to announce that my eldest son will be getting married to his longtime girlfriend on the 1st August. This is also the day that my lovely daughter-in-law will turn 23.

They met in high-school (1st and only loves) and have been together ever since.  They are perfectly matched, both a little nerdy, both have similar interests, both love each others company, do almost every thing together and very much in love.

They had thought of having a biggish wedding with all the trimmings, but neither like to be the centre of attention and neither like the idea of money being wasted on weddings (both are very sensible with money). Instead they have decided to get married with only their parents and siblings in a private garden. It isn't everyones idea of a wedding (and I hope the family understands) - but for these two, it is what I would have expected. After the wedding we are going to enjoy a lovely dinner at a local Balinese restaurant.

With so many young people delaying marriage (many just want to travel these days rather than settling down) or deciding to live in a long-term defacto relationship, I am pleased these two have decided to tie-the-knot and raise any children they have within a marriage.  I don't mind them not having a big wedding, but rather dedicate their love for each other in a small ceremony that is important to them than not marry at all.

And being a modern couple, they have decided to combine their surnames and create a new name - one name from each (my son has a double-barrel surname, so he will be dropping one of his names).  I don't mind this at all as long as they are both happy with the final surname.