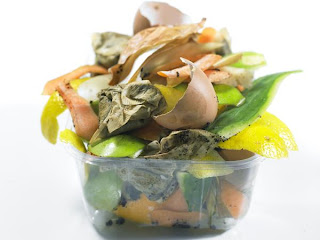 Americans throw away up to 40 per cent of their food every year, cramming landfills with at least $US165 billion ($158 billion) worth of produce and meats at a time when hundreds of millions of people suffer from chronic hunger globally, according to an analysis from the Natural Resources Defence Council. . . . the average American family of four ends up binning the equivalent of up to $US2,275 worth of food each year. (link)


In Australia, we waste more than $7.1 billion of food each year, with Australian families throwing out $4.1 billion a year, over $1,000 per family per year (so we are doing a little than the Americans).


We really need to do something about food wastage - just imagine how much money families could save if they stopped throwing away leftovers (and found ways of using it) and food that is spoiled (passed its due by date).  Not only would it save money, it would stop filling up our valuable land that could be used for something more useful than landfill.

Since our own reduction in buying processed foods I have noticed a decline in rubbish - once our bins used to be completely full on bin day, now we struggle to half fill them.  Later in the year I plan to buy a composting bin and that way we will make even less rubbish and be able to use the compost in the vegetable garden. Much of what is thrown into landfill is organic waste, including kitche scraps - perfect for a composting bin.

I have also found that a very small amount of leftovers can be stretched to feed 2 people very well - I am often surprised at how far so little can go!

Five years ago the UK launched "Love Food, Hate Waste" campaign in an attempt to stop households wasting so much food - the campaign started to educate households to only buy what they needed (don't overstock on food that will just go off), cook the correct portion sizes to avoid unwanted leftovers (not everyone eats their leftovers like we do!) and how to store food so it doesn't go off too quickly.  So far they have reduced wastage by 1 million tonnes.  Their website is really quite good (even has some really nice recipes) - worth a visit. http://england.lovefoodhatewaste.com

Back to basics foods Cooking In the news