In the news: Marriage vows 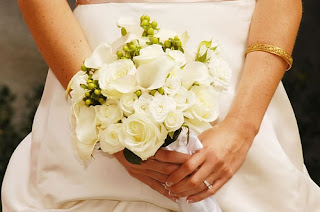 There has been quite a buzz in the local newspapers and its all about submission in marriage.

Writing in The Sydney Morning Herald, Peter Jensen explained why, he believed, a wife should 'submit' to her husband on their wedding day, sparking a fierce debate on blogs, Twitter and Facebook. . . . According to Jensen . . .  brides will promise to 'submit' to their husbands under a new marriage vow that the Anglican diocese of Sydney is expected to approve at its synod in October.

It requires the minister to ask of the bride: ''Will you honour and submit to him, as the church submits to Christ?'' and for her to pledge ''to love and submit'' to her husband -- and is already being used in some Sydney parishes. (source)

Comments have been scathing, 100's of people have responded across the on-line newspapers that ran this story, very few were from Christians (but some were) supporting this change of the wedding vows, most saw the word "submit" as going back to the dark ages and being "no different to Muslim extremists".  Even though Peter Jensen provided the Biblical explanation of submission (even quoting the bible verses), most saw this as outdated rubbish that makes a woman a slave or doormat to her husband.

Most churches in Australia do not use the word submit or obey any more, it would only be included if requested by the couple. And even among Christians, I doubt the word submit is used much these days. Marriages are now seen as "equal" partnerships whilst submit and obey are seen as creating an un-equal partnership. Even though the Bible states that women "submit to their husbands", Christians see this as outdated and no longer relevant.  They cherry-pick what they see as relevant and alter the bits they disagree with. Its called modernizing the bible . . . they see it as "not going against the Word of God", just updating the bible to modern times . . . making it more "user friendly".  What it really does, is take us further and further away from what God has asked us to do in our lives.

Even though it received so much negative response in the media, it was interesting to read the comments and hear what many people thought of this issue. It does get people thinking and perhaps one or two might investigate it further and that is always positive.

Current Affairs In the news marriage