Do you use a table cloth? 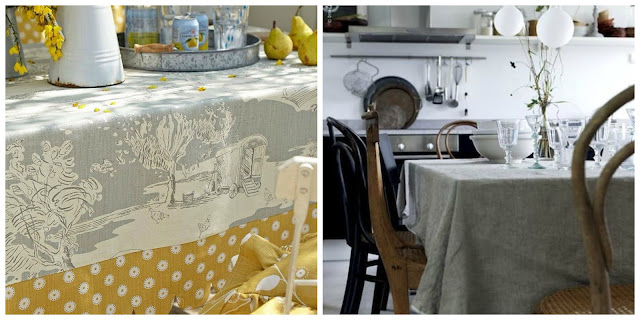 Do you use table clothes these days?

Are they in or are they out of fashion?


My mother always had a table-cloth on the table, it was common practice when I was growing up in the 1970s. We used it for breakfast, lunch and dinner. These days many people do not use them at mealtime instead using place mats or nothing at all.

My mother had quite a collection of table-clothes, I think I own one.


According to Your tablecloth.com (who have written the history far better than I could):

The earliest proof of the existence of tablecloths, is drawn from the work of a poet named Martial who died c.103 AD who mentioned them in his writing, so tablecloths are believed to have come into use in Europe in the first century AD. Prior to this high-ranking Roman households are thought to have possessed tables that were exquisitely carved and therefore too ornate and beautiful to be covered by cloth!  By looking at early artwork that still survives, it appears that the very first cloths appear to have been very plain and used simply for catching mess and wiping up spills.

Tablecloths gradually became more popular, particularly among European nobility and aristocrats. By the fifteenth century, every household apart from the very poorest would have used a tablecloth of some description, even if it was hessian sack. The middling folks (there was no middle class at the time) would have had plain, cheaper cloths while the poor would have used hemp cloth and the destitute would have had no table coverings at all. During the Medieval period, it was de rigueur to use the finest linen tablecloths. The linen had to be as white as possible. The higher ranking you were, the whiter your tablecloths were expected to be. This is because conspicuous consumption was the order of the day. If you think about it, this was a time long before chemicals, washing machines, dryers and irons, so you had to employ lots of people to keep your household linens clean. By having the freshest, whitest tablecloth you possibly could laid out on your dining table, you were effectively saying, “Look at me. I have lots of money! I have lots of workers!”

At the time linen was a hugely valuable commodity that cost a great deal of money. It had to be harvested, handspun, bleached and then hand-woven into cloth by a Master Craftsman. It was then bleached and calendared. During its existence it had to be carefully looked after in terms of washing and pressing. Linen was so valuable in fact, that it is present in wills and probate inventories right up to the twentieth century, and was seen as a family heirloom.  Households often kept their linen on display, either in a linen press, or stacked somewhere where it could be seen by visitors. As ironing was not widespread until after the late Middle Ages, a smoothed tablecloth was also a sign of a well-run household.

Below are some lovely examples of table-clothes and even though I don't use them very often, I think they really do add something extra. Thankfully it is no longer important to have the whitest of white table-clothes, which are both impractical and rather boring.

I asked my lovely Facebook friends if they used table-clothes and most said yes (it was, however a very small sample). Interestedly, the purpose of the table-cloth was more about protecting the table rather than for decorative purposes. And the table-cloth remained on the table between meals when it was used for other purposes.

One of the reasons for the decline in table-clothes is our busy lives — finding the time to all sit down to a meal together (many families eat in shifts or in various locations around the house) and the fact that it adds to the washing chores and many families are time poor and really don't want "another" thing to wash and iron in their week. Place mats are much easier to keep clean and can be quickly stacked away when not in use. 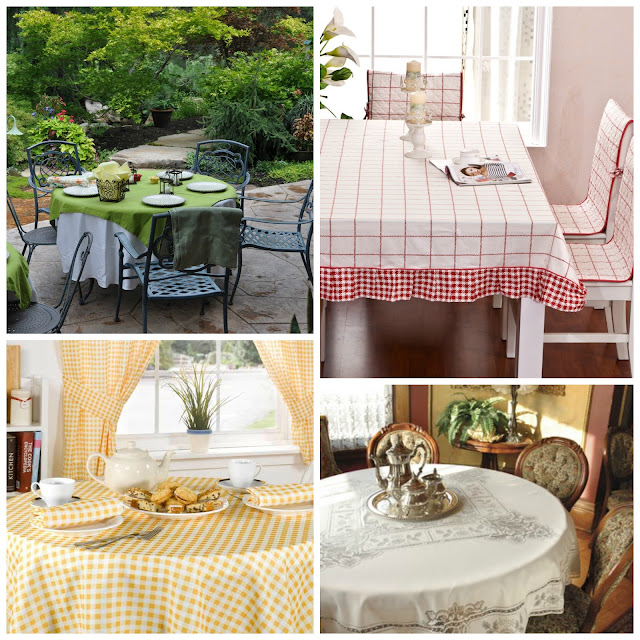 This one is to make you laugh!! What do you think?