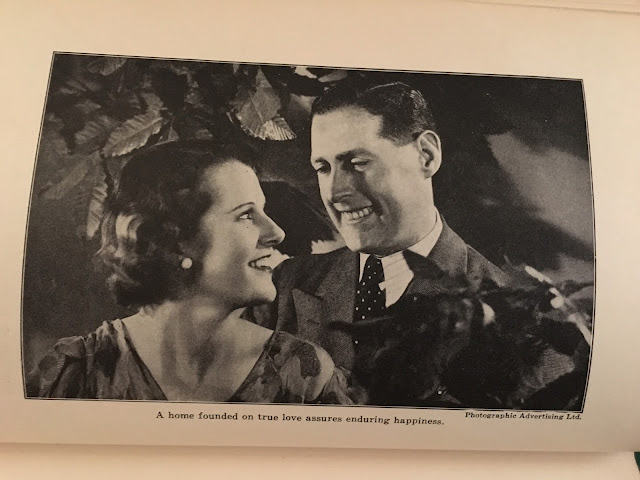 I bought a great book a few months ago and it contacts some very old fashion advice to women, including advice on finding one's husband. I would love to share some of this advice and ponder how much has changed in 77 years:

In choosing a partner for life there are many things to be considered. The young woman should choose a man of high ideals, noble character, and a pure life; a man of sound constitution and good heredity. He could be of suitable age, of pleasing disposition, and her equal, though not her superior, in social position.

He should be a young man of proven worth, not flitting from one position to another and making a success of none. He should have demonstrated his ability to earn a reasonable living and to provide for the necessities and comforts of a family. We do not suggest that an accumulated fortune is essential to the happiness of the wedded fait, though a few pounds in the bank do not come amiss in case of accident, sickness, or other emergency. But though a man possess all these and other virtues, if she loves him not, she can have no assurances of happiness if wedded to him.

I doubt most modern women think about these things when they go out on their first date with their potential future husband. In fact do modern girls look across the table at the man they are eating dinner with and think "is this my future husband" or are they thinking "lets have a fun night and perhaps some sex thrown in"? I think the later.

In 1939 things were very different. Girls (nice girls) didn't have causal dates, each man was their potential further husband as getting married was serious business.  And  part of their search for a future husbands, they were also encourage to think about the following:  does he have a stable job, earning enough to keep a future wife comfortably, has any money in the bank.  Sadly, not long after this book was published war broke out and the world was turn up-side-down and many girls did marriage with a lot of uncertainty, including whether or not their brand-new husbands would ever return alive.

Today things are very different — student debt and the difficulty of finding a substantial job is much harder to meet this critical in 2016.  Even with a university degree, there is no guarantee of a permanent work (with a good income) and for those who choose to work in hospitality or retail — many jobs are casual and its easy to be sacked and almost impossible to build up a saving nest egg. Sadly — for many men and women, it can take a number of years to pay off debts accumulated as a result of higher education and which sadly delays many young people from getting married.

I found a perfect example of this in the Sydney Morning Herald on the 16th March:

"A science graduate from Melbourne's La Trobe University, the 27-year-old has worked casually as a labourer since completing his honours degree in 2015 and is now cramming for the Graduate Australian Medical School Admissions Test. A couple of years of full-time work and a stretch playing college basketball in the US made him a late starter at university. If offered a place in 2017, he faces four more years on the books and a student debt he estimates will hit $80,000."

Another differences between 1939 and 2016 — young people (girls and boys alike) want to have fun before they settle down, this includes traveling the world and gap years. People are no longer in a hurry to marry and start families and want to live a little before settling down.  During this time they tend to spend money and not save, so even when they get married, they still don't have much saved for the future.

However — even with these modern handicaps, one can still marry but need to be willing to lower their standards — i.e. rent a home instead of buy. Buy second-hand furniture instead of new, cut back on eating out, eat simply, reduce overseas travel etc... My son married young and he and his wife had a very small income for a few years, but surprisingly, they have managed to save and live well but frugally. Over time, my son's income has increased and they have been able to spend a little more.  As they married young they haven't seen the world but one day they will and they will do it together.

PS I am bound to share more of this great book with you over the coming months! :) 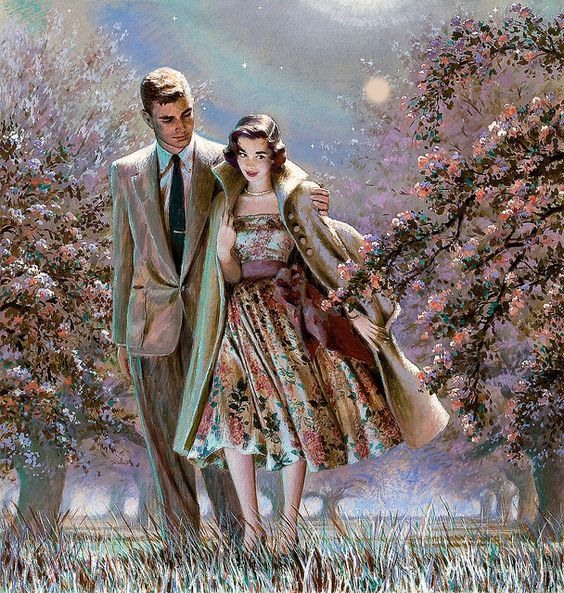