Stories in the news: Secret purchases

Australians spend more than $11 billion every year on guilty habits they keep to themselves. Clothes, gambling, guilt foods, adult entertainment and cigarettes came in at the top of secret purchases made, with women more than twice as likely to hide clothing purchases than men. The survey found, on average, that Australian men spent $4,596 on purchases they did not reveal to their partners, while women spent $1,476. Generation Y, aged 18-35, held the largest debt from secret spending at $2054, topping Generation X with $1173, and Baby Boomers with a mere $318. (Source) 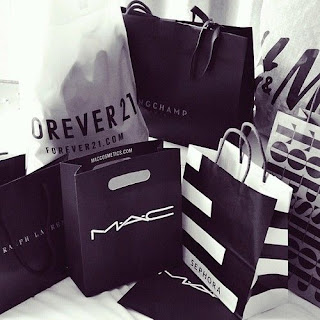 Who buys things but doesn't tell their husband?

Do you think your husband need to know about ALL your purchases?

Do you think your husband hides purchases from you?


It seems that women and men alike hide purchases from their partners and doesn't make any differences if you are in Australia, UK or USA — we are all guilty.  Both appear to be as bad as each other, the only difference is what is being bought. Women buy clothes and shoes, whilst the men are spending on gambling, adult entertainment and alcohol.

A survey has found that men are more likely to lie about their expenditure and hide items they have purchased from their partners - all in a desperate quest to keep their shopping habits under wraps. New research has revealed that almost double the number of British males confess to secret spending - described as actively hiding or lying about their expenditures - than women. Female respondents were more likely to downplay the price of purchases (73%) and pretend new items were old (61 per cent), compared to the male respondents who would rather hide the purchase altogether (64 per cent) and destroy receipts (59 per cent). (source)

I discussed this topic with a group of friends and all admitted to secret purchases at some point in time — however one older man said that he and his wife both have "pocket money" each fortnight and they can do what they like with it, no strings attached. They can save it, or spend it and this has stopped any secret purchases because the pocket money is for all those "guilty" purchases.

Healthy marriages are built on trust, communication and honesty — hiding purchases, denying that purchases occur or lying are all unhealthy and damaging to one's marriage. And it is also not how a Christian should be behaving—Lying lips are an abomination to the Lord, But those who deal truthfully are His delight (Proverbs 12:22). Lying about what you buy can lead to other lies in a marriage, must more serious lies and before you know it, the entire marriage is being built on lies and guilt.

We need must be honest with our spouses and be open about how we spend the household finances (especially if money is tight) and if we are hiding things, it probably isn't for good reasons. Share with your husband what you have purchased and if your husband asks you to limit your purchasing or not be wasteful remember as Christian wives we are to submit to our husbands and that also includes how we spend money.

For some women, secret purchasing is done because they are struggling with self control, being temped to buy more than they need and wanting to hide from their husbands the problem they have. It is better to discuss this with your husband as soon as possible and find a solution before it gets out of control. Satan loves people with no self-control and wants us to spend and be irresponsible. God wants the opposite .


But each one is tempted when he is drawn away by his own desires and enticed. (James 1:14)

I do like the idea of the husband and wife having pocket money (which is what my husband and I do already) — money that both can spend on those guilty pleasures without feeling guilty and no justification required. It doesn't have to be much, but it allows for fun spending that we all like to do from time to time.

What do you think?

Stories from the news