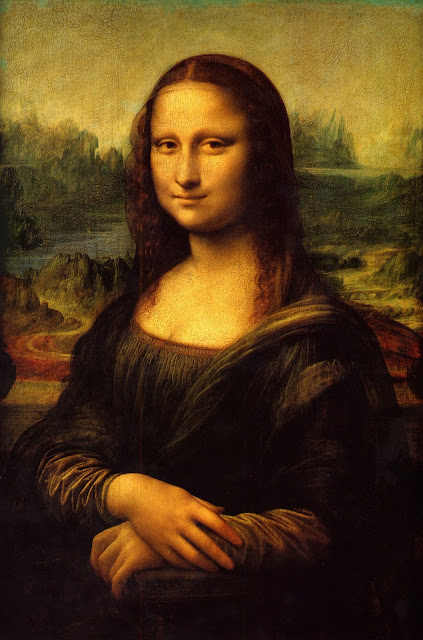 The Mona Lisa (La Gioconda or La Joconde, or Portrait of Lisa Gherardini, wife of Francesco del Giocondo) is a half-length portrait of a woman by the Italian artist Leonardo da Vinci.

* The work was requested by subject’s husband, Francesco Del Giocondo. Lisa was from a well-known family known through Tuscany and Florence and married to Francesco Del Giocondo who was a very wealthy silk merchant. The work was to celebrate their home’s completion, as well as a celebration of the birth of their second son. Not until 2005 was the identity of Mona Lisa‘s subject fully understood, though years of speculation have suggested the true identity of the painting’s subject.

* The Mona Lisa is an oil painting, with a cottonwood panel as the surface. It is unusual in that most paintings are commissioned as oil on canvas, but the cottonwood panel is part of what has attributed to the fame of the painting. Because of the medium used for the image, the Mona Lisa has survived for six centuries without ever having been restored–a trait very unusual when considering the time period of the piece. 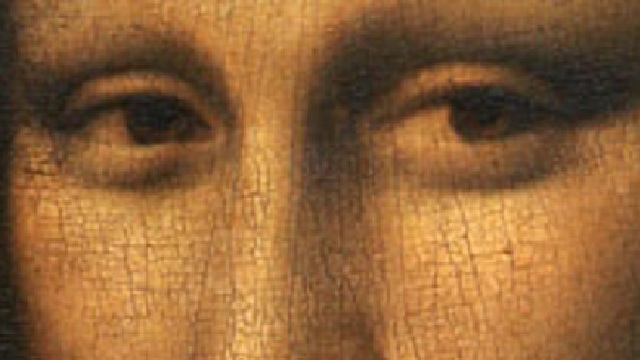 * It is not the subject of the painting that is unique but the stroke that was used. Leonardo did the painting with a brand new stroke  – the name of which doesn’t have an English translation – where he would paint one layer and then have to wait for it to dry and then paint another layer over it again. He repeated that process several times.

* Guinness World Records lists the Mona Lisa as having the highest insurance value for a painting in history. It was assessed at US$100 million on December 14, 1962, before the painting toured the United States for several months. The gallery will never sell the Mona Lisa and it is considered priceless.


* In August 1939, 10 days before the outbreak of World War II, a secret and extraordinary rescue mission began in Paris, one that was conducted just like a military operation. Hundreds of workers and volunteers took part, all commanded by one man who was acting on his own initiative, without orders from his superiors. Jaujard was deputy director of The Louvre museum, and foresaw the potential dangers for the art treasures there. On August 25, a few days before the Germans invaded Poland, Jaujard ordered the closure of the museum for three days, officially for repair work. On the first night, 800 of the most important works of art were removed from the walls, among them Leonardo da Vinci’s iconic "Mona Lisa." In the following days, some 4,000 works were packed up and loaded onto a fleet of vehicles, including hundreds of trucks, ambulances, private cars and taxis. Jaujard had to move the "Mona Lisa" several times, in order to keep it out of the hands of the Nazis and the Vichy government.

* Mona Lisa gets her own room at the Louvre, one that is climate controlled to keep her in the ideal environment. Additionally, the work is encased in bulletproof glass to prevent threat and injury.  If you look closely at the subject's left elbow, you might notice the damage done by Ugo Ungaza Villegas, a Bolivian who chucked a rock at the portrait in 1956. A few months before, another art attacker pitched acid at the painting, which hit the lower section. These attacks inspired the bulletproof glass, which in 2009 successfully rebuffed a souvenir mug hurled by an enraged Russian tourist who'd been denied French citizenship. 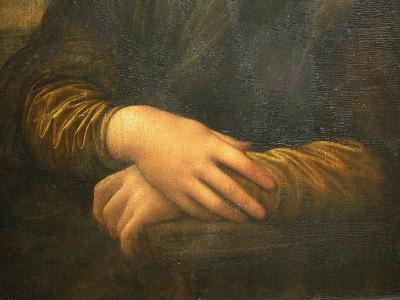 * The Mona Lisa disappeared from the Louvre in France in 1911. Pablo Picasso was on the original list of suspects questioned and jailed for the theft, but he was later exonerated. For two years, the masterpiece was thought to be forever lost. However in 1913, Italian patriot Vincenzo Perugia was arrested for the crime of stealing the famous painting, and the original artwork returned to its home at the Louvre in Paris. Perugia was an employee of the Louvre at the time, and he believed the painting belonged to Italy. For two years he kept the famous piece of art housed in his apartment, but was discovered when he tried selling to a gallery in Florence, Italy. The New York Times retroactively compared the public display of grief to that seen in the wake of Princess Diana's death in 1997. Thousands poured into the Louvre to stare in shock at the blank wall where she once hung and leave flowers, notes, and other remembrances. Upon her recovery, Mona Lisa toured Italy before returning to Paris.


* The portrait was first put on public display in the Louvre in 1815, inspiring admiration, as a string of "suitors bearing flowers, poems and impassioned notes climbed the grand staircase of the Louvre to gaze into her ‘limpid and burning eyes.’”

"Mona Lisa often made men do strange things," R. A. Scotti wrote in Vanished Smile, "There were more than one million artworks in the Louvre collection; she alone received her own mail." The painting actually has its own mailbox at the Louvre because of all the love letters its subject receives.

In 1852, an artist named Luc Maspero threw himself from the fourth floor of a Parisian hotel, leaving a suicide note that read: "For years I have grappled desperately with her smile. I prefer to die." Then in 1910, one enamored fan came before her solely to shoot himself as he looked upon her.

The French emperor Napoleon once had Mona Lisa hanging in his bedroom, where he'd presumably revel in her beauty for untold hours.

Information on the Mona Lisa has been gathered from the following sources: