NO to processed foods. 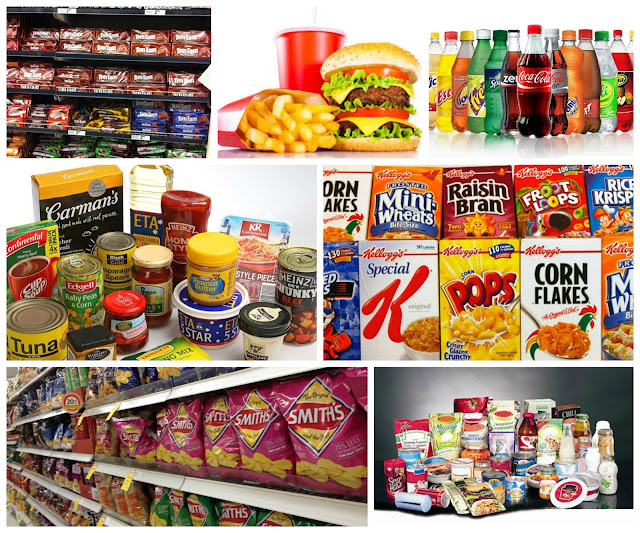 “Sugar is now the most ubiquitous foodstuff worldwide, and has been added to virtually every processed food, limiting consumer choice and the ability to avoid it. Approximately 80 % of the 600,000 consumer packaged foods in the United States have added caloric sweeteners.”

Since the mid 1970s it has been well known that processed foods containing high levels of sugar, fat and sodium are not good for our health. Governments have attempted to change dietary requirement guidelines and with each attempt, powerful lobbyists from the food producer and food manufacturing industries have threatened and convinced one administration after the other to put a stop to any change in the reduction of sugar, fat or sodium in manufactured foods. Thus far, they have won and we have lost.

Our food has been hijacked by powerful and rich corporations who now control what appears in our supermarkets and what we eat. They bombard our children with food commercials and they have tricked us with their faslehoods. Food has become politicised and no one seems to care about the consequences.

The same tactics used by the tobacco industry are being used by the sugar industry. They remain a formidable adversary, determined to safeguard its market position

The risks of smoking have been known since the 1930s; the U.S. surgeon general report of 1964 squarely faced down the tobacco industry. That put the tobacco propaganda machine into overdrive to squelch the science and any scientists who stood in their way.” (John Yudkin "Pure, white and deadly")

Researchers who have linked sugar to the obestiy epidemic in the last 30 years have been called zealots and shouted down. Food manufacturers have paid millions upon millions of dollars to researchers to undertake research that contain half-truths and misleading information — all in their attempt to muddy the water and cause confusion. To hide the message so we as consumers are kept in the dark and the manufactures continue to make billions of dollars.

In the 1980s "low fat" foods were introduced and we were told that it was a "healthy option. Advertising was huge and billions spent convincing us to eat these healthy alternatives. Sadly we continued  to get fatter and fatter. What we weren't told is that food with low fat tastes bad . . . . and to make it palatable, sugar needed to be added . . . LOTS and LOTS OF SUGAR.

In our supermarkets, sugar is added to almost everything — 80% of all supermarket foods contains sugar. From the cereal we buy, to the pasta sauce, the bread, the spreads, drinks, lollies and candies etc. Sugar comes in many disguises and they are all bad for us if eaten in large quantities. 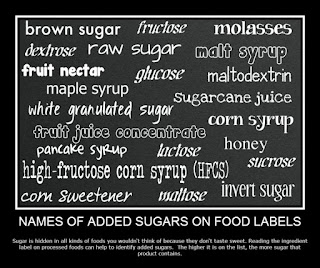 In the USA, children are consuming 41 teaspoons of sugar per day and many parents are directly responsible for this. If your home contains  large quantities of processed snacks and drinks, your children will consume it.

We need to say NO to processed foods.

When wanting a pasta sauce—learn how to make it from scratch.

When making pumpkin pie—buy one pumpkin and not a can.

Want pizza tonight—make it yourself.

Chinese, hamburgers, french fries—all can be made at home.

Muffins, cookies, cake can all be homemade — much healthier than the supermarket version and you will know how much sugar has been added and it will contain no chemicals or other unnecessary "food" items.

If we all reduced the amount of processed foods in our cooking and actually COOKED rather than assembled, our health would improve 100% and our children would be set for life. Allowing our children to consumer processed foods high in sugar, fat and sodium is a form of child abuse.

Sugar in moderation, used at home in foods cooked from scratch is perfectly safe — however SKIP the processed foods completely as sugar is hidden and you have no idea how much you are consuming.


"Christians ought to watch what they eat. I do not refer here only to overeating, which is a bad thing, but to eating the wrong things. Too many sweets, too many rich things, too much junk. Take a walk through any supermarket and note the space given to soft drinks, candy, packaged snack foods, dry cereals. We could do very well without any of these. Try it for a week. You may be surprised at how dependent you are on them. You might even discover that you are an addict." {Elisabeth Elliot} 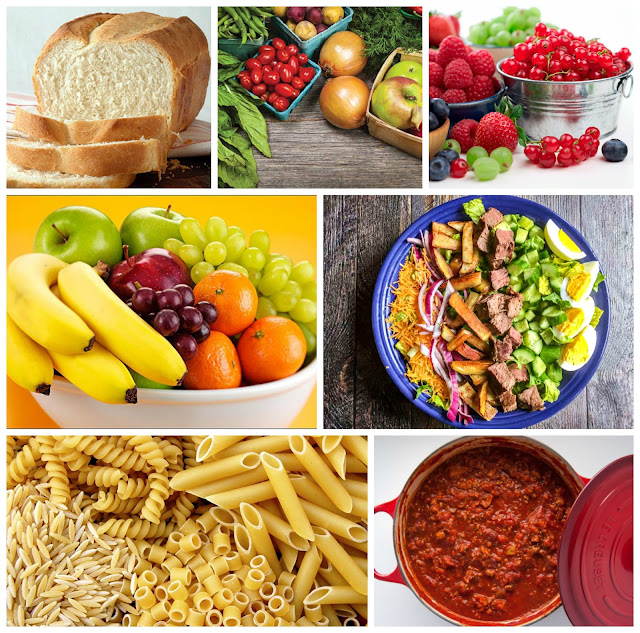 Back to basics foods Cooking