Art Friday: Adoration of the Shepherds 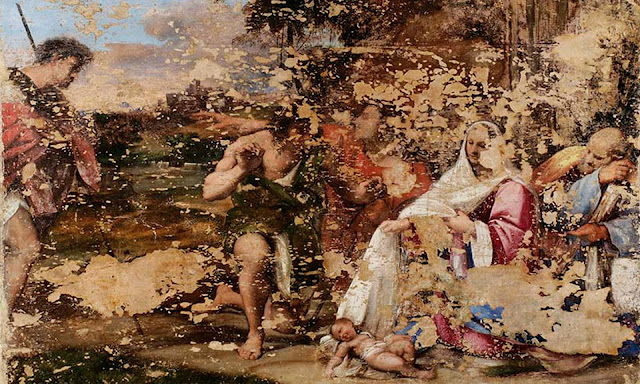 Painting: Adoration of the Shepherds

The painting "Adoration of the Shepherds" was badly damaged in the 1700s when it was attempted to remove the original 16th century painting from its wooden board and transfer to canvas. Over the years attempts have been made to repair the artwork with three centuries of overpainting. After thousands of hours of painstaking work by expert conservators, it is now fully repaired. The project took ten years and was lead by the Cambridge Fitzwilliam Museum (United Kingdom). 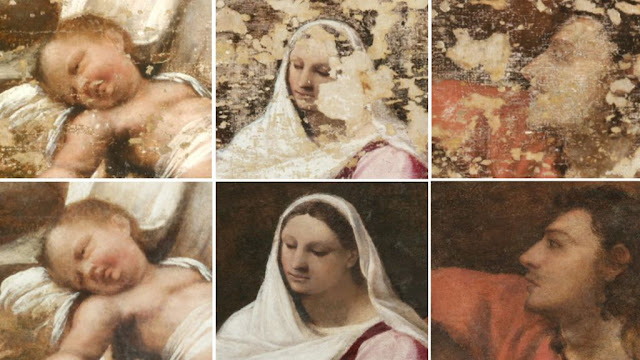 The painting, dated to 1510, may have already been in trouble, with the paint surface lifting, when it landed in the French royal collection in the 18th century, where the king’s craftsmen specialised in transferring panel paintings to canvas. On smaller paintings it was sometimes possible to shave the surface of the board off, but on a large scale work such as this another piece of fabric was glued to the front of the painting, the whole picture peeled off, canvas glued to the back, and then the facing removed. Often it worked surprisingly well. Sometimes, as in this case, it was a disaster. (Source: Guardian) 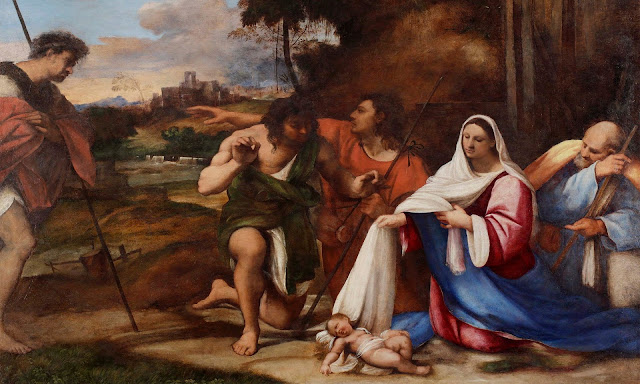