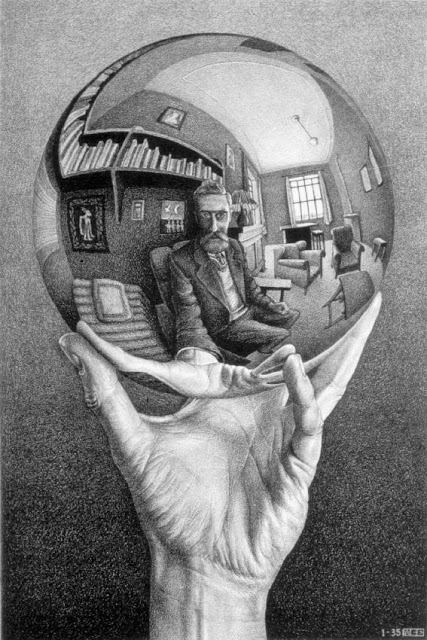 
He is easily recognized for his frequently mathematically inspired woodcuts and lithographs. His work often contain impossible constructions, architecture and tessellations.


M.C. Escher, during his lifetime, made 448 lithographs, woodcuts and wood engravings and over 2000 drawings and sketches. Like some of his famous predecessors, - Michelangelo, Leonardo da Vinci, Dürer and Holbein, M.C. Escher was left-handed.

Escher did not consider himself as an artist.

Apart from being a graphic artist, M.C. Escher illustrated books, designed tapestries, postage stamps and murals. He was born in Leeuwarden, the Netherlands, as the fourth and youngest son of a civil engineer. After 5 years the family moved to Arnhem where Escher spent most of his youth. After failing his high school exams, Maurits ultimately was enrolled in the School for Architecture and Decorative Arts in Haarle.

I posted this one a number of years ago and thought it would be nice to revisit :) 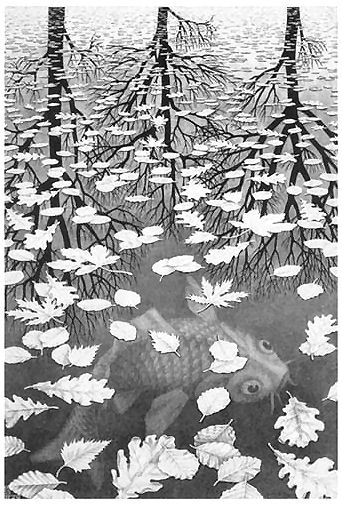 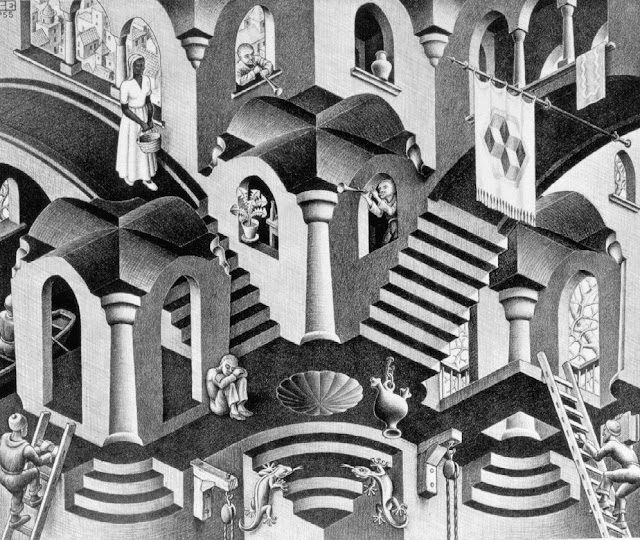 "Are you really sure that a floor can't also be a ceiling?" quote by Ecsher 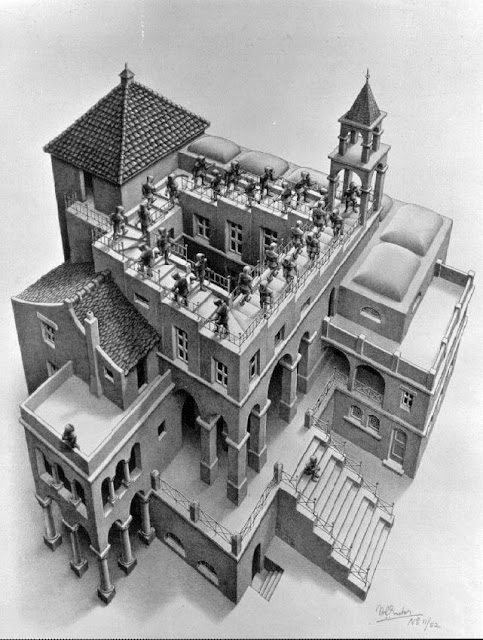 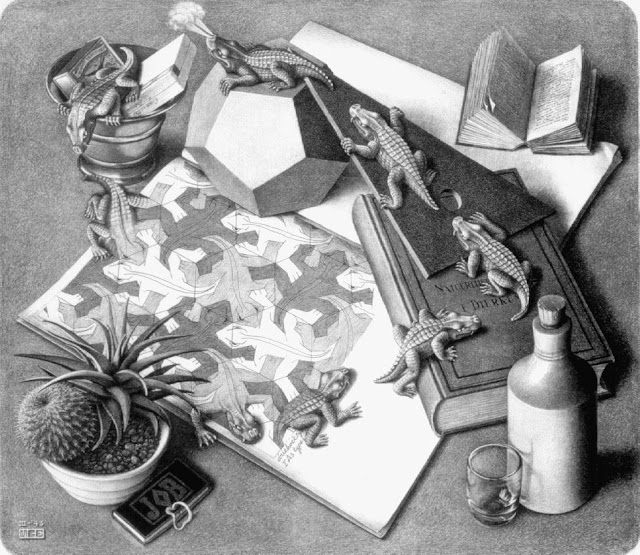 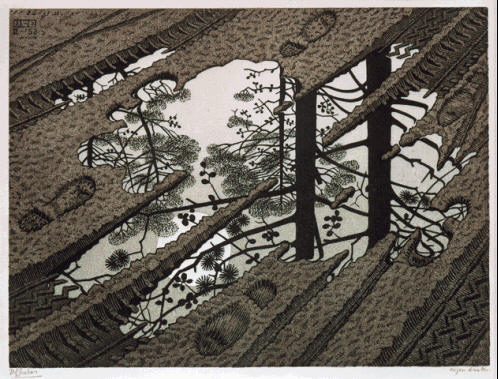 Puddles, 1943
(woodcut in black, green and brown, printed from 3 blocks) 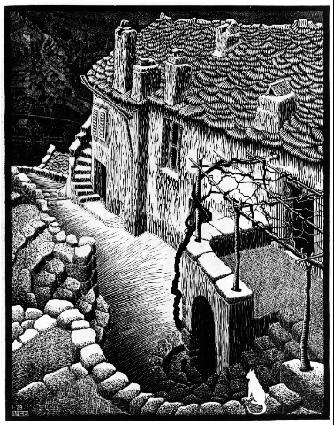 Corte, Corsica 1929 woodcut in grey and black, printed from 2 blocks 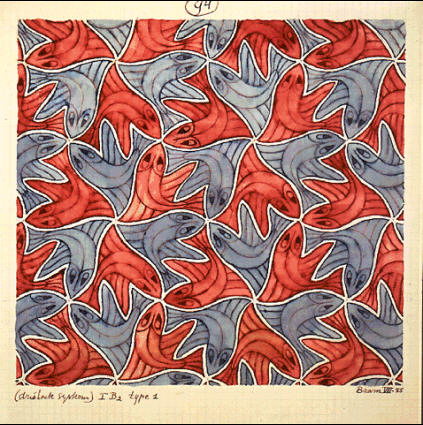 Escher: I have sometimes heard painters say that they paint "for themselves": but I think they would soon have painted their fill if they lived on a desert island. The primary purpose of all art forms, whether it’s music, literature, or the visual arts, is to say something to the outside world; in other words, to make a personal thought, a striking idea, an inner emotion perceptible to other people’s senses in such a way that there is no uncertainty about the maker's intentions.