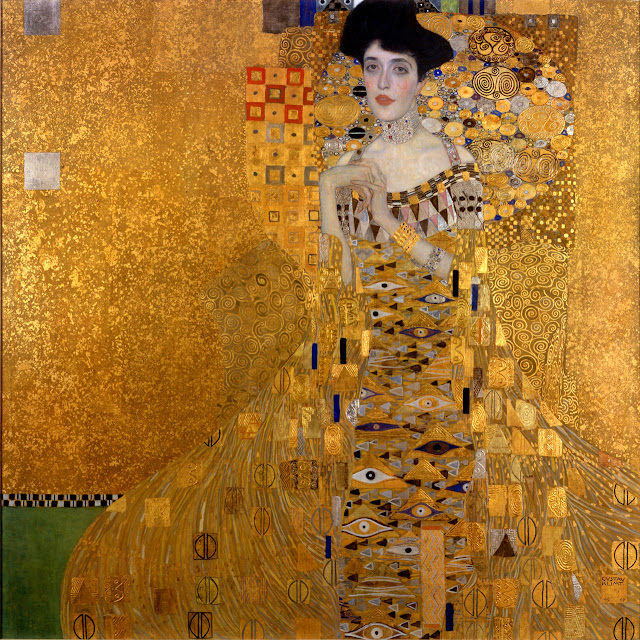 Portrait of Adele Bloch-Bauer I

Also known as the "Woman in Gold"

The picture was painted in Vienna and commissioned by Adele's husband Ferdinand Bloch-Bauer. As a wealthy industrialist who had made his fortune in the sugar industry, he sponsored the arts and favoured and supported Gustav Klimt. Adele Bloch-Bauer became the only model who was painted twice by Klimt when he completed a second picture of her, Portrait of Adele Bloch-Bauer II, in 1912. 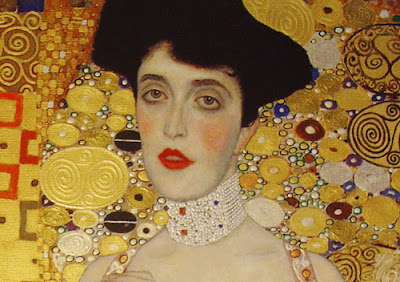 In her will, it is claimed that Adele Bloch-Bauer asked her husband to donate the Klimt paintings to the Austrian State Gallery upon his death and by World War Two, the painting was in the hands of the Nazis. The rich Jewish family lost everything, including all their jewel, such as the one worn in this painting and their entire art collection.

Maria Viktoria Bloch-Bauer, the niece of Adele Bloch-Bauer had believed that the Klimt paintings had legitimately ended up in the Austrian National Gallery. But when she was 82, she learned that the title to the paintings was hers, and she vowed to get them back. In 1999, she and her lawyer tried to sue the Austrian government. It had kept the paintings based on Adele’s will in which she made a “kind request,” that Ferdinand donate the paintings to the state museum after his death, which took place in 1945. For many years, Maria fought the Austrian government with great zest. “They will delay, delay, delay, hoping I will die,” she told The Los Angeles Times in 2001, with no end in sight to her case. “But I will do them the pleasure of staying alive.”

Maria and her lawyer had argued as far as the Supreme Court that the case should be heard in America and they won. However, in 2004, they went to independent arbitration where three Austrian academics decided that the paintings should be returned. In 2006, the paintings arrived with fanfare in Los Angeles. At the time, it was the largest single return, in monetary terms, of Nazi-looted art.
Ronald Lauder, a businessman and philanthropist who had loved Adele's face from boyhood, happily paid $135 million to enshrine her in his Neue Galerie in Manhattan. At the time, it was the largest sum ever paid for a painting.

The story of this painting and the fight for it to be return to its rightful own has been made into a movie "The woman in Gold"  starting Helen Miriam — well worth watching.


Information in this blog post have been sourced from the following: