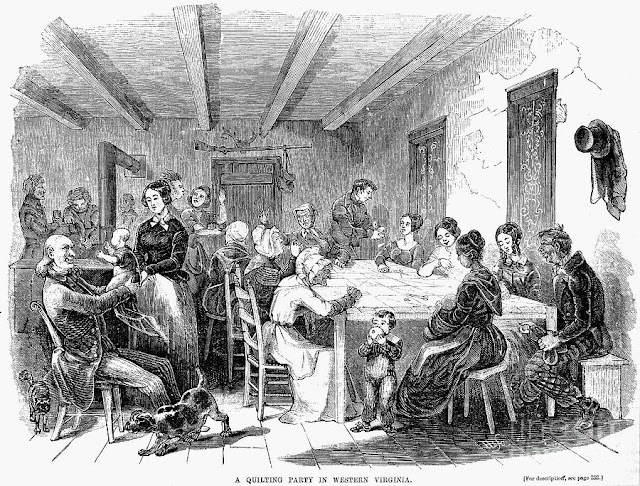 
"The quilting bee was an extremely popular social event in the midnineteenth century. The quilting bee provided a social space for women to gather and gossip while they simultaneously expressed their artistic capabilities. The quilting bee was often times held in a grange hall or a church vestry room which allowed for a maximum number of 12 women to attend. Often times, the number of guests was limited to seven, who, with the hostess, made up two quilting frames, the equivalent of two tables of bridge. Good quilting in earlier times was a social requisite, and it behooved the ambitious woman to be an expert with her needle." (source)

Quilting bees was one of the ways women got together and built strong communities and forges lasting bonds between each other. Women of the past were out far more than we imagine. We like to think they were at home all day long, but just like modern women, they too got cabin fever and needed the interaction of other women.  It was important to them and it is important still.

Quilting remains popular today and women still gather in groups to quilt. Many women quilt, not for themselves but to make gifts for friends and family. Many  women make quilts for others and rarely for themselves. Quilting brings women together to talk and catch up what is going on in the lives of other women — this is still important as it was in the past. Women need the friendship of other women and we should never shut ourselves off from others for too long, even if it means spending time with friends instead of doing the dusting. 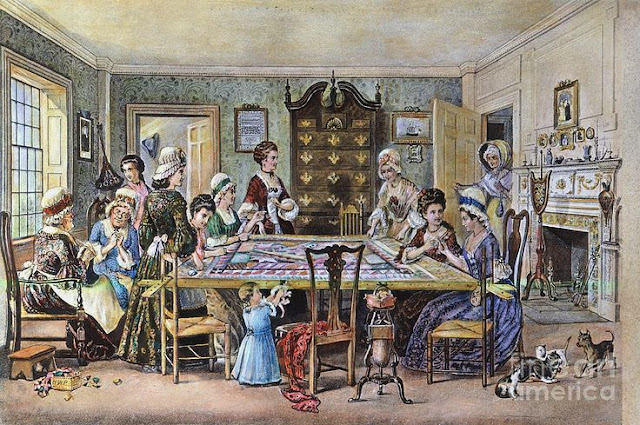 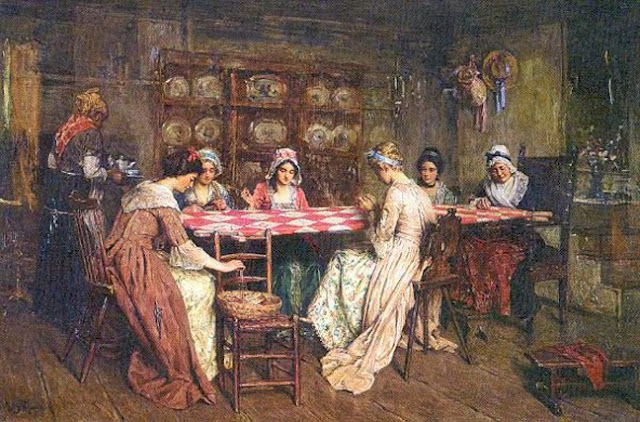 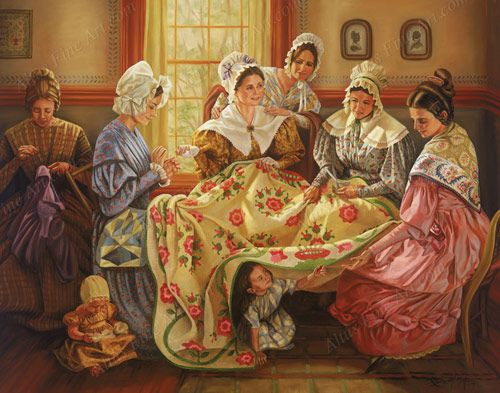 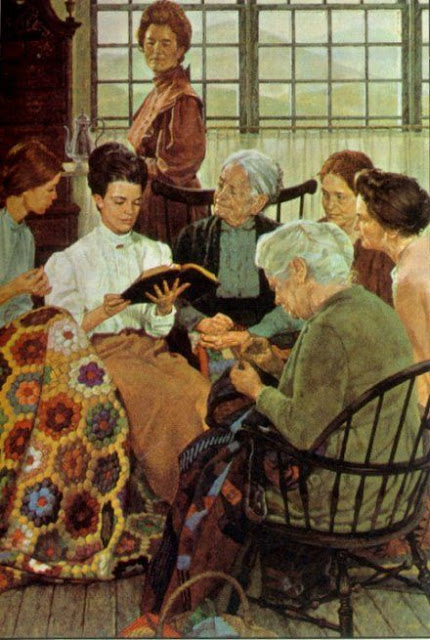 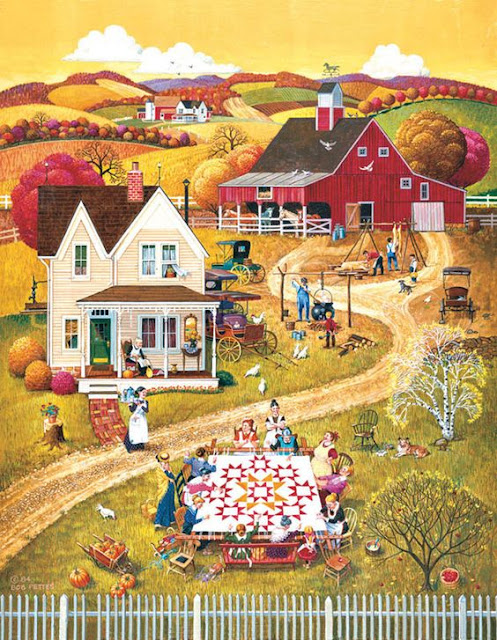 I found these old photos on Pinterest that are a delight to look at.