Working mothers love their children too 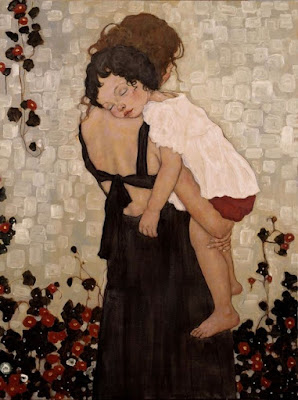 I love my children and would travel to the moon and back for them — and they know this.  They know my love is endless and that I would drop anything to be at their side. I have done this many times and will do it again until the day I die or incapable of doing so.

Working mothers love their children just as much as mothers who stay home. Just because some women work does not reduce their love for their children, it never has and it never will.

Of course there are mothers who struggle with loving their children but this has NOTHING to do with working, they have other much more complex issues going on.

It saddens me greatly that there are Christian women who believe this and spread the message that only women who are at home 24/7 can truely love their children.

Have you ever wondered if mothers of the past were with their children 24/7? The answer is no — rich women had nannies and had far less real contact with their children than modern mothers. Young boys were send to boarding school from a very early age and many hardly ever saw their parents and this did affect some quite considerably. In poor families, children were often looked after by older siblings because mother had to work (in the Victorian era onwards) or earlier times (before formalised work) she work on the farm or ran home based cottage industries to make enough money for the family. Children of the past were looked after by many different people and they grew up fast, they really didn't have a choice.  And don't forget the life expectancy of mothers wasn't very high and many young children grew up with no mothers  at all (like my parents). Most poor to middle class children went to school and those in rural areas had time off to attend to the farm — children grew up tough, it is only in recent years have we soften our approach to childhood and extended childhood far beyond only a few generations ago. My father by the age of 12 was expected to work as hard as the adult men — and that meant heavy lifting and lots of manual farm work.

It isn't about the amount of a time mother spends with her children — it is the quality of time that is far more important.

The bible doesn't talk about women working — why, because when Paul was writing there was no formalised work, even for men—certainly not as we think of it today. Women did work in home based industries and on the land — they worked along side their husbands and I wouldn't be surprised if the children were also working along side as well.  The women who didn't work in any form (even in their own homes) were the rich and it was to these women that Paul told them to stop their idle chatter and gossiping and get back home and do something.

Lets watch over our families with love and do the very best we can and stop judging other women — remember "Everyone has a different story".

“Working mothers have been burned by judgment of others who did not care to understand their individual situations. They have been told that they are damaging their children by leaving them in childcare and that they are missing precious moments of their children’s lives. They have lived in guilt and fear. Worst of all, Christians have stood by and let this happen, sometimes partaking in the criticism themselves. . . . . At the end of the day, working mom or not, we all are going to fall short of perfection in our lives because we are simply human. This is why God gives us His incredible grace,” (Marrazzo)