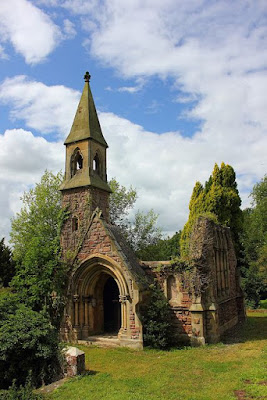 Now the Spirit expressly says that in latter times some will depart from the faith, giving heed to deceiving spirits and doctrines of demons. (1 Timothy 4:1)

Preach the word! Be ready in season and out of season. Convince, rebuke, exhort, with all long suffering and teaching. For the time will come when they will not endure sound doctrine, but according to their own desires, because they have itching ears, they will heap up for themselves teachers; and they will turn their ears away from the truth, and be turned aside to fables. (2 Timothy 1:4)

****
I believe in the bible, call me naive, but I believe that the universe was created in 7 days by God — In the beginning God created the heavens and the earth. . . . Thus the heavens and the earth, and all the host of them, were finished. And on the seventh day God ended His work which He had done, and He rested on the seventh day from all His work which He had done. However there are those Christians who argue that it would simply be impossible to do and it had to have taken much longer to create.

More and more we are seeing established churches diverting from the Word of God—arguing that the bible is outdated, based on ancient assumption and is in much need of modernising. Church leaders (and many others, including bloggers) are manipulating the Word of God to suit their own arguments (and bringing them in line with worldly views) and sadly, they are cunning enough to convince others to water down their beliefs. We shouldn't be surprised as the apostle Paul told us that waves of deception would occur down through the seasons and many would depart from the Truth and that false teachers would gain popularity in the spotlight and tell us that the bible contains information that is no relevant to us in the 21st century and should discarded. Some go even further and point out the "errors" in the bible.

“Attitudes reflect attitudes current at the time the Bible was written . . . But we now live in a very different world.”

"the bible was written for people who lived a long time ago and its word does not pertain to us today."

This isn't new, its been coming for a very long time but I believe it is far more widespread thanks to social media with these so called believers able to spread, on mass, their message at a much faster rate than ever before. The church is destroying it's self from the inside by Christians and they don't even realise it.

We are seeing women preach from the pulpit when the bible clearly states "Let a woman learn in silence with all submission. And I do not permit a woman to teach or to have authority over a man, but to be in silence." (1 Timothy 2:11-12).

We are seeing the fight for same-sex marriage when the bible clearly states: "And He answered and said to them, “Have you not read that He who made them at the beginning ‘made them male and female,’ and said, ‘For this reason a man shall leave his father and mother and be joined to his wife, and the two shall become one flesh’? So then, they are no longer two but one flesh. Therefore what God has joined together, let not man separate.” (Matthew 19:4-6)

We are seeing the acceptability of gay and lesbian relationships when the New Testament says that homosexuality is a “shameful lust” (Romans 1:26), a “shameful act,” an abandonment of “natural relations” (Romans 1:27), a “wrongdoing” (1 Corinthians 6:9), and “sexual immorality and perversion” (Jude 1:7). Homosexuality carries a “due penalty” (Romans 1:27), “is contrary to the sound doctrine” (1 Timothy 1:10), and is listed among the sins that bar people from the kingdom of God (1 Corinthians 6:9). Despite the attempts of some to downplay these verses, the Bible could not be clearer that homosexuality is a sin against God. Regardless of these many verses, many in the church are welcoming those from the LGBTQIA community (Lesbian, Gay, Bisexual, Transgender, Questioning or Queer, Intersex and Asexual or Ally) in the name of creating a more loving and open church community and comments like the one below are become more widespread.

But we now know, or have increasingly strong reasons to believe, that people are born gay or lesbian. Far from this being unnatural for them, it is an example of God's creative handiwork. And once again, advances in scientific understanding are occasioning a rethink of relevant biblical texts. (Rev Dr Keith Mascord )

Many churches no longer preach submission in fear of upsetting the feminist movement and be told they are out-of-date and no longer relevant even though the bibles states the following: Wives, submit to your own husbands, as to the Lord. For the husband is head of the wife, as also Christ is head of the church; and He is the Saviour of the body. Therefore, just as the church is subject to Christ, so let the wives be to their own husbands in everything. (Ephesians 5:22-25)

And don't mention wives being helpmates to their husbands as many consider this sexist and certainly not for the 21st century, with many modern churches just skip over this in their teachings. "And the Lord God said, “It is not good that man should be alone; I will make him a helper comparable to him.” (Genesis 2:18)

It would appear that the church doesn't want to offend anyone and manipulate the word of God in the process. In doing so it can be hard to tell the difference between a christian and non-christian — because the church has watered down or completely ignored many of the truths contained in the Bible in their attempt to "remain relevant" and to keep their congregations. In doing so, they have become worldly and not seperate.

Be careful in what you read, whilst an author can be Christian, they may be false teachers and spreading lies. Some are very good and convincing (and often very popular) and it can be difficult to tell truth from fiction. Be careful of politicians who say they are Christian—many are self serving and have very little interest in servicing God. Be careful when anyone questions the Bible and tells you it is out of date — God is all-powerful, all-knowing, and completely perfect, His Word is the TRUTH and cannot be altered.

All Scripture is given by inspiration of God, and is profitable for doctrine, for reproof, for correction, for instruction in righteousness, that the man of God may be complete, thoroughly equipped for every good work.  (2 Timothy 3:16-17)