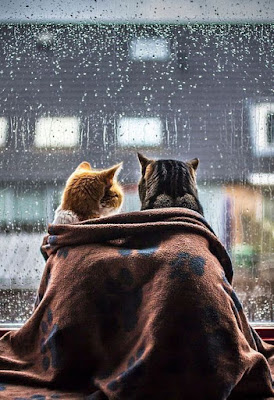 According to a recent report from the UK Office for National Statistics, the number of couples in Britain who describe themselves as “extremely unhappy” has doubled in the past five years, while those who describe their relationship as “perfect” has gone down from 9.2% to 5.9%.

One UK poll found that about six in 10 are unhappily coupled, four out of 10 say they have considered leaving their partner and one in 10 don’t even trust their partner anymore. The poll goes on to detail the most-mentioned problems, the top five being lack of spontaneity, lack of romance, terrible sex life, no time to give each other attention and lack of time to talk.

From the 1960s, divorce became much easier with changes to the marriage act and from that point onwards the numbers skyrocketed. Marriages prior to this weren't any happier, there were many miserable marriages in past centuries, however, couples were forced to stay together because divorce was not an option. For the rich, the men had affairs and women travelled abroad, for other classes, they learnt to live together and put up with their situation.

Whether we like it or not, there are many unhappy marriages, including within the Christian community and some lead to divorce. Divorce is tearing apart the foundation of all stable societies – the family. Sadly, for some couples it is unavoidable.  However God does not like divorce at all (Malachi 2:16) and sees marriage as a lifetime commitment:

So then, they are no longer two but one flesh. Therefore what God has joined together, let not man separate. (Matthew 19:6)

For this reason a man shall leave his father and mother and be joined to his wife, and the two shall become one flesh. (Ephesians 5:31)

God knew how damaging divorce would be on the family, the children and society as a whole. Divorce is nasty, very nasty at times and not only tears a couple apart, it can have long term affects on the children and directly affect other family members, such as grandparents who may no longer see their grandchildren. Marriage is HARD work and requires lots of effort. Marriage isn't easy for many couples but God wants us to work as hard as we can to resolve issues and keep our marriages strong.

* To do this we need to make time for each other—I am often saddened when I hear of husbands who work multiple jobs and rarely ever at home, it might the help the family finances, but it doesn't help marriages.

* We need to share our problems, talk about how we feel and not bottle up our disappointments.

* We need to reconcile and forgive when our spouse does something we don't like. We need to have more tolerance and less anger. Remembering that we aren't perfect either and probably upset and frustrate our spouse often.

* We need to laugh more and shout less. Try and remember why we got married in the first place and all the good times had together.

* We need to understand that marriage isn't like the Hollywood movies with happiness ever after,  real marriages are not always happy or full of romance—it can be as hard as climbing Mount Everest without oxygen.

* But most of all we need to maintain a biblical marriage based on submission—marriage isn't about your husband and it isn't about you — it is about each of you taking care of one another. It is about kindness, caring, love, tenderness, forgiveness, selflessness. Regardless of ones husband's behaviour, a Christian wife still needs to remain a Godly woman — one of dignity, one of meekness, one of caring, of quietness. Walking out isn't the solution in most instances (unless it is domestic violence and that is quite  a different story).

If you know someone in a difficult marriage, reach out and help. Listen and be there for the couple. Offer to babysit so they can have time together. Encourage counselling and reconciliation. Just be there for them and pray — God believes in marriage and we need to as well.

It is interesting to note the following:

Glenn Stanton of Focus on the Family stated: ”The divorce rates of Christian believers are not identical to the general population — not even close, being a committed, faithful believer makes a measurable difference in marriage. You do hear, both in Christian and non-Christian circles, that Christians are no different from anyone else when it comes to divorce and that is not true if you are focusing on Christians who are regular church attendees.” Wilcox's analysis of the National Survey of Families and Households has found that Americans who attend religious services several times a month were about 35% less likely to divorce than those with no religious affiliation. (US Today, 2011)

Those people who keep God at the centre of their home and family stay married at far greater rates.