What we can learn from the early pioneer women 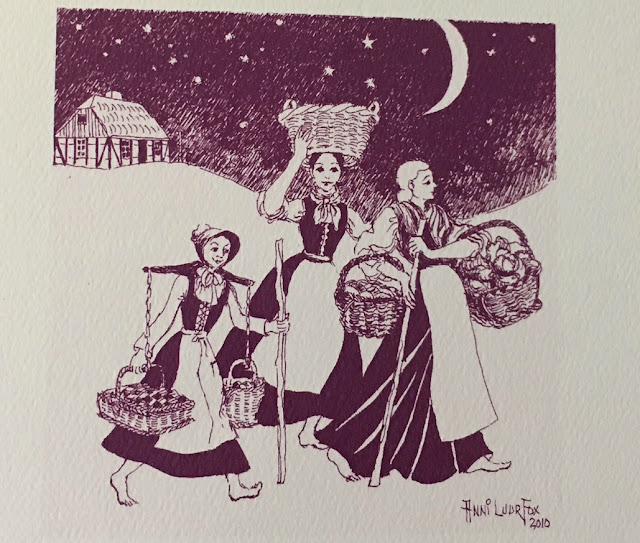 I came across the most amazing story of the early pioneer women in Australia, story I had never heard before and wanted to share. The women from a small town of Hahndorf (in the Adelaide Hills, South Australia) use to supplied the city of Adelaide with fresh produce at a time when most food had to be imported into state of South Australia.

From 1838, when the South Australia colony was just two years old, Lutheran refugees from Prussia (Germany) had settled in the Adelaide Hills forming the village of Hahndorf. Women and girls carrying baskets of vegetables and dairy products on their backs, or on yokes across their shoulders to the city whilst their husbands and fathers worked the land. The women and girls left the village at midnight to walk the rough bush track to Adelaide 35 km away (22 miles). 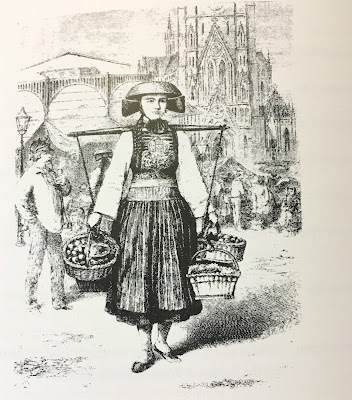 At about 4.00 am the women reached a stream in the foothills near Beaumont which became a favourite place to rest, wash their sore feet (and put their shoes on) and tidy themselves before walking into Adelaide to hawk their wares. Their load on the homeward journey contained sewing thread, needles, sugar, tea, some tobacco for the menfolk and two bricks each for building the new church in Hahndorf. As more villages were established in the hills, their inhabitants also followed the Trail with goods on their backs. This manner of provisioning Adelaide continued until the late 1850s.

All women strong enough made the journey, along with their daughters if they were old enough and not required to stay at home to look at the younger children. The trip was done twice a week in all seasons except winter.

The path the women took was difficult, heavily wooded and very steep in parts, even worse in wet weather and as the weather grew cold. Much of the trail was impassable for bullock teams and horses, but things improved when some roads where constructed from the 1850s.

Walking the trail wasn't completely safe. There were two major place of concern—both pubs which the women didn't enjoy walking past. They would carry heavy sticks but they couldn't avoid the colourful language that came from these establishments. Many sung hymns on their way and I am sure this would have given them strength plus they all knew that they were building a church in the process with the bricks they brought back.

These women were tough, strong and resilient.

Not only did they undertake this journey twice weekly, they also helped build the village along with their men folk, they took care of their homes and children, some became washer women for the British landowners and for some younger women they became sheep shearers as they were considered very good and many helped on the farms.

The bible describes women as the weaker sex, but that doesn't mean women can't do heavy work, as these women (and many others throughout history) have proved. And thanks to these early pioneers, we have the country we have today.

These women were TRUE helpmates to their husbands, they did their share of hard work, including working on the farms and taking the product to market to make sure of their survival in Australia, their new country.  They did as much manual labour that was required  (without complaint) and didn't just see their home as their only duty. We can learn a lot from these women—being our husbands helpmate is far more than the easy stuff (the comfortable things only within our homes), it is much much more than that, it may mean taking produce to market, working the land, raising livestock, growing crops plus raising children and preparing meals (and as mentioned above, sang hymns as they undertook their tasks).

One would certain call these women homemakers and helpmates and one can't help but be impressed by their resiliences and strength. We can learn so much from the early pioneer women.