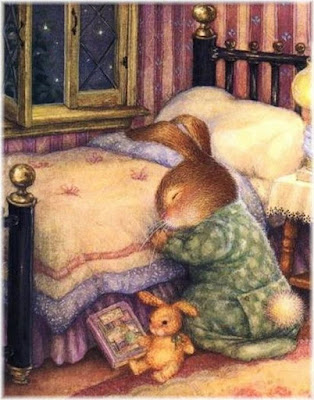 And whatever things you ask in prayer, believing, you will receive. (Matthew 21:22)

Have you watched the stories from Syria and wish you could reach out and help those poor innocent children who are suffering so badly?

Have you seen families in your church that are in desperate need for assistances but its beyond your capability?

Have you heard of someone with financial problems and would love to help but you can't?

A family breaking up due to domestic violence?

I have and I feel powerless and weak. It makes me feel really sad and wanting to cry.  I want to help but don't know how and feel that these problems are just too big for me.  😕


Does this mean we can never help solve the problems around us? No, we can make a differences and huge differences.

Every Christian woman has access to a tremendous source of power—PRAYER.

How many of your prayers have been answered? Many I am sure, some might be small but others amazing and big that have been life changing. Prayers are powerful and we should never forget this.

The important thing about praying, don't stop and don't give up — there are times when it feels like our prayers aren't being answered, God doesn't respond instantly and He does make us wait for a reason. Do not become discouraged when you feel you aren't making a differences, you are and ever pray is important.  Why not keep a pray journal this year and write down a weekly list. Look back in December  and I think you will be surprised at the number of prayers that have been answered. Of course not everything can be ticked off as resolved, but God has His reasons for this and we may never fully understand why.

God knows our limitations. He knows when we're struggling to have faith. And He can still work a miracle. The next time we'd like to intervene and try and straighten someone or something out, I suggest we get on our knees and tell God about the situation. It may take years to see results, but God can use our prayers to accomplish incredible things. (Mary Burkholder)

Just as God released Peter from prison in the verses below, with God "anything is possible".

Peter was therefore kept in prison, but constant[a] prayer was offered to God for him by the church. 6 And when Herod was about to bring him out, that night Peter was sleeping, bound with two chains between two soldiers; and the guards before the door were keeping the prison. 7 Now behold, an angel of the Lord stood by him, and a light shone in the prison; and he struck Peter on the side and raised him up, saying, “Arise quickly!” And his chains fell off his hands. 8 Then the angel said to him, “Gird yourself and tie on your sandals”; and so he did. And he said to him, “Put on your garment and follow me.” 9 So he went out and followed him, and did not know that what was done by the angel was real, but thought he was seeing a vision. 10 When they were past the first and the second guard posts, they came to the iron gate that leads to the city, which opened to them of its own accord; and they went out and went down one street, and immediately the angel departed from him. 11 And when Peter had come to himself, he said, “Now I know for certain that the Lord has sent His angel, and has delivered me from the hand of Herod and from all the expectation of the Jewish people.” 12 So, when he had considered this, he came to the house of Mary, the mother of John whose surname was Mark, where many were gathered together praying. 13 And as Peter knocked at the door of the gate, a girl named Rhoda came to answer. 14 When she recognized Peter’s voice, because of her gladness she did not open the gate, but ran in and announced that Peter stood before the gate. 15 But they said to her, “You are beside yourself!” Yet she kept insisting that it was so. So they said, “It is his angel.” 16 Now Peter continued knocking; and when they opened the door and saw him, they were astonished. 17 But motioning to them with his hand to keep silent, he declared to them how the Lord had brought him out of the prison. And he said, “Go, tell these things to James and to the brethren.” And he departed and went to another place.