Women of the bible: LOT'S WIFE 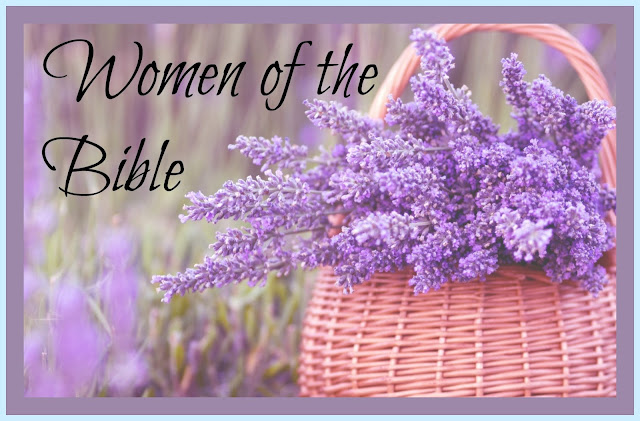 Likewise as it was also in the days of Lot: They ate, they drank, they bought, they sold, they planted, they built; but on the day that Lot went out of Sodom it rained fire and brimstone from heaven and destroyed them all. Even so will it be in the day when the Son of Man is revealed. “In that day, he who is on the housetop, and his goods are in the house, let him not come down to take them away. And likewise the one who is in the field, let him not turn back. Remember Lot’s wife. Whoever seeks to save his life will lose it, and whoever loses his life will preserve it. (Luke 17:28-33)

There is very little written about Lot’s wife, we don’t even know her name.  However, we all remember one thing — she looked back and that was her downfall.

Lot, his wife and daughters lived in the wicked city of Sodom — a place of terrible sin and debauchery and one no Christian would ever want to reside. The story of Lot starts with the arrival of two angels: Now the two angels came to Sodom in the evening, and Lot was sitting in the gate of Sodom. When Lot saw them, he rose to meet them, and he bowed himself with his face toward the ground. (Genesis 19:1).

The angels stay the night with Lot because Lot knew it was much safer than spending the nigh in the open square. But things turn bad and the house was surrounded by many men  which must have been frightening—“Now before they lay down, the men of the city, the men of Sodom, both old and young, all the people from every quarter, surrounded the house. And they called to Lot and said to him, “Where are the men who came to you tonight? Bring them out to us that we may know them carnally.” (verses 4-5)

Lot would not bring the men to the door, however offers up his daughters which sounds a terrible thing to do—perhaps he knew they were not interested girls, I do not know: “See now, I have two daughters who have not known a man; please, let me bring them out to you, and you may do to them as you wish; only do nothing to these men, since this is the reason they have come under the shadow of my roof.” (verse 8).

The angels step in and save the family and “they hey struck the men who were at the doorway of the house with blindness, both small and great” (verse 10)

It is at this point the angels reveal the plan to destroy these evil cities and told Lot to gather up his family so they can escape. His sons-in-law think it is all a big joke and do not heed the warning. How many people today heed the warning that God will destroy everything — many laugh and joke just as they did in the days of Sodom and Gomorrah.

In the morning, the angels urge Lot to hurry saying “Arise, take your wife and your two daughters who are here, lest you be consumed in the punishment of the city.” And while he lingered, the men took hold of his hand, his wife’s hand, and the hands of his two daughters, the Lord being merciful to him, and they brought him out and set him outside the city. So it came to pass, when they had brought them outside, that he[a] said, “Escape for your life! Do not look behind you nor stay anywhere in the plain. Escape to the mountains, lest you be destroyed.” (verses 15:17)

Once safe, they turned to each other and realised one was missing — only to discover that Lot’s wife had indeed looked back and she had become a pillar of salt. I have always found this story to be sad and sobering but what can we learn from it.

What we can learn from Lot’s wife:

* Why did Lot's wife turn back despite the warning? Was her heart still attached to the city she left behind? Did she still linger for all that she left behind, perhaps for friends and family?  Was she just curious? We do not know why she looked back, but for not doing as she was told, she was punished. Even though we don’t know what she was thinking — God has asked us to remember Lot and her mistake — Even so will it be in the day when the Son of Man is revealed. “In that day, he who is on the housetop, and his goods are in the house, let him not come down to take them away. And likewise the one who is in the field, let him not turn back. Remember Lot’s wife. Whoever seeks to save his life will lose it, and whoever loses his life will preserve it. We need to take this sobering story seriously, God isn't joking.

* All that we own or want to own is meaningless and we mustn’t become attached to any of it — because this is our temporary home and none of these things matter. We must be willing to walk away from all our “things” and not look back and this is hard as so many of us are attached to our creature comforts. Why not try to avoid spending money this year on things that you would “like” but don’t need and see how you go. Why not do a clean out of your home and give away a stack of things you don’t use and don’t need — lighten the load.

* Lot and his family seems reluctant to leave and the angels had to take their hands and speed up their departure. God is a compassionate God and He was determined to save Lot and his family if they followed His simple instructions. How often do we find excuses for not doing as God has asked and God has given us a wake up call to remind us to listen.

* God’s mercy was available to Lot and it is available to us too, even in the worse of times, the hardest of circumstances — He stretches out His hand to take us to safety.

And turning the cities of Sodom and Gomorrah into ashes, condemned them to destruction, making them an example to those who afterward would live ungodly; and delivered righteous Lot, who was oppressed by the filthy conduct of the wicked (for that righteous man, dwelling among them, tormented his righteous soul from day to day by seeing and hearing their lawless deeds) (1 Peter 2:6-8)