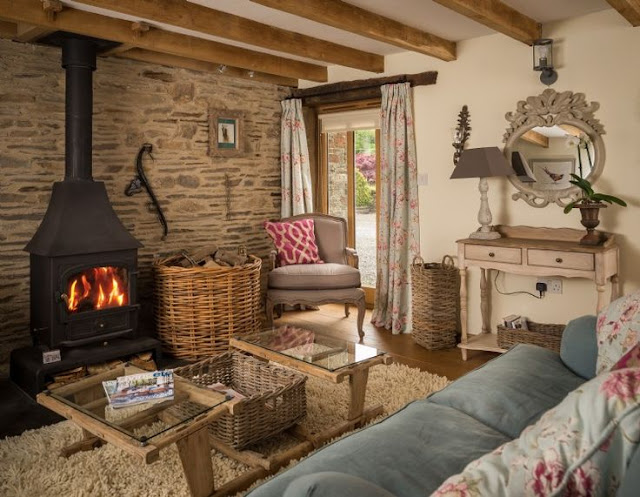 However I have noticed a growing trend among some Christian families to share with everyone how poor they are, how much they are struggling, how old the washing machine is or all the things they do without. In fact some bloggers activity encourage women to give up their jobs and return home and live in poverty as this is seen as the ultimate Christian sacrifice (interestingly I have seen this done by women who are so much more financially better off which even worse).

Some families do exceptionally well on a very low income and others do very badly on a high income. However, what concerns me is the boastfulness of those who have chosen to live in poverty as if those who have made other decisions are not making the ultimate Christian sacrifice.

When I was a child there were families we knew in our rural area that were not well off. These families did the best they could but I know they would never have made a big song and dance about their situation because they found it embarrassing and didn't want to be in the situation they were in. It wasn't considered a sign of pride to be poor, it was a sign of struggle and difficulty and they wanted to get out of it as quickly as possible. How times have changed.

The Bible portrays the poor as having been blessed, and many who are rich are seen in a negative light. Jesus Himself was poor, not having a home or a “place to lay his head”. But does God expect us all to live in poverty — taking the vow of poverty as Catholic nuns do?

What God expects is that we don’t waste what we have, indulge ourselves in earthly belongings (even if we have the money to do so - but that doesn't mean we can't buy a new washing machine or a second car), lusting after what we don’t have, pursuing wealth for the sake of it and neglect both Him and others because we are more interested in our bank accounts. He doesn't want us to throw away everything so we deliberately live in poverty as a sign of being a better Christian.

No matter how much money a person has or how many possessions, we all need to remember this verse:

Set your minds on things above, not on earthly things (Colossians 3:2)

God does warn us about the love of money and the pursuit of riches (1 Timothy 6:6-11), however making a big song and dance about living in poverty isn’t much better.  It is important to not judge others based on what you observe and what you think it happening in that household, for example — someone having a bigger house, buying a new car or household appliance as a sign of wastefulness. A two income family may seem wrong to you — but it may make perfect sense to that Christian family.  Listing all the things you go without, eg no internet access, no smart phone, no paid TV, no holidays as a badge honour is also wrong. What decisions you make and why you make them is between you, your husband and God and one should not be boastful about them or criticising others.

I am tired of reading comments like this one "Two incomes are very rarely NEEDED, it's a lifestyle choice and a want, not a need."

What an arrogant statement to make and what an assumption.

We all need to make responsible decisions and it isn't my place to encourage a mother to give up her  work and be at home if that results in financial stress and anguish. In fact it would be very irresponsible to do just that.

It ISN'T my business at all to judge or tell another family how to live their lives.

One woman wrote the following:

I have lived in this house with holes in my flooring, carpeting that's ripping up or has holes in it, sinks that are in rough shape, a tub with slight cracks in it, windows that are foggy because the panes are permanently damaged, the same couches for 16 years {and they were used when we bought them}, and numerous other things. Our house is hot, hot in the summer and cold, cold in the winter due to poor insulation. But I've learned to live with all of it, and to be so thankful.

I am happy she is content to live this way — but do not expect others to do likewise or encourage others to follow suit. As mentioned above, it would be irresponsible. Just because I don't want to live in a house with holes in the floor doesn't make me a lesser Christian.

Whatever your financial circumstances are, God must always come first.

“But the day of the Lord will come like a thief. The heavens will disappear with a roar; the elements will be destroyed by fire, and the earth and everything done in it will be laid bare” (2 Peter 3:10).