How about a pink bathroom? 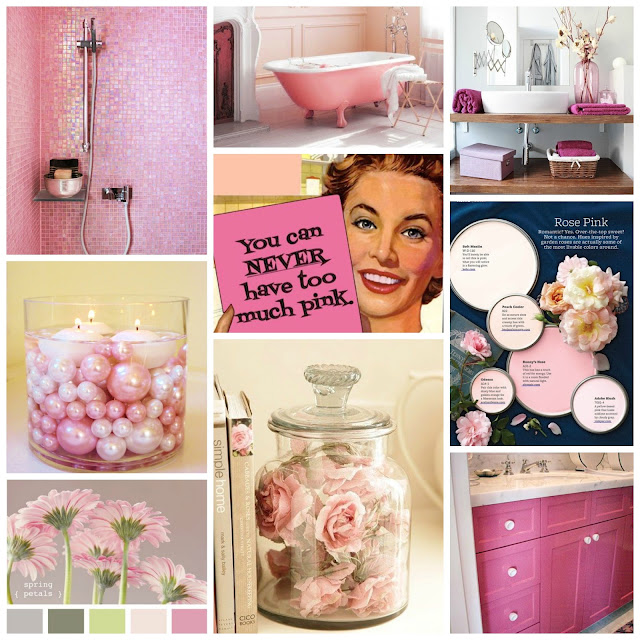 I have just learned that the pink bathroom is making a revival
returning to the popular colour of the 1950s.


What do you think?

Pink bathrooms were VERY popular in the 1950s, it was considered the in-look — the must have! The one everyone wanted.

Millions of pink bathrooms were built in the USA and Australia but it didn't last, by the 1960's it all started to fade as bathroom designs altered.

Not only were pink bathrooms popular, some ladies also liked pink kitchens too - now, that would be too much for me. What do you think? 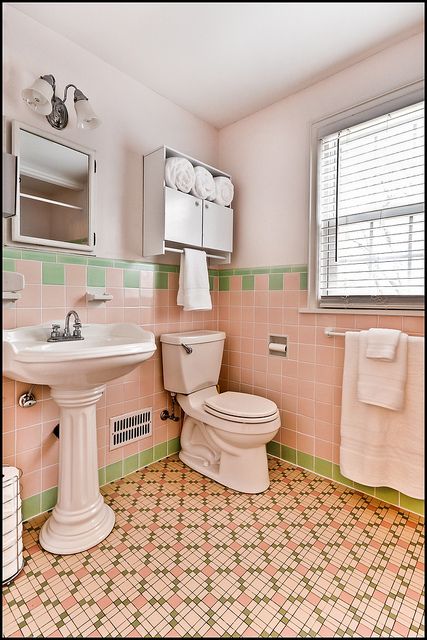 Whilst I don't like every sort of pink bathroom, I do think the examples above and below. Both are tasteful, feminine and not too "pretty" — one does need to consider the males who might use these rooms too.

Whilst I was doing "research" into pink bathrooms (to save you all the time) I discovered a blog called "Save the Pink Bathroom" (and the linking Facebook page) and it lists a number of facts about pink bathrooms.

Did you know that the First Lady Mamie Eisenhower was pivotal in popularizing the colour, which is often referred to as “Mamie Pink” or “First Lady Pink.” Her husband President Dwight D. Eisenhower sent her pink flowers every morning. She re-decorated the private quarters in the White House in pink — so much so that reporters called it the “Pink Palace.” And, the bathroom in her Gettysburg retirement home was pink down to the cotton balls. As a result of all this pink-think, there was probably no question that American women (and marketers) would pick up on it. It also was a color trend right in line with the exuberance of the time — and even supportive of the return of women to the home after WWII and their complete remaking of the American domestic landscape.

Another fact I learnt was that pink is actually a great colour for bathrooms, because the reflected glow makes you look younger…healthier. Interesting!! 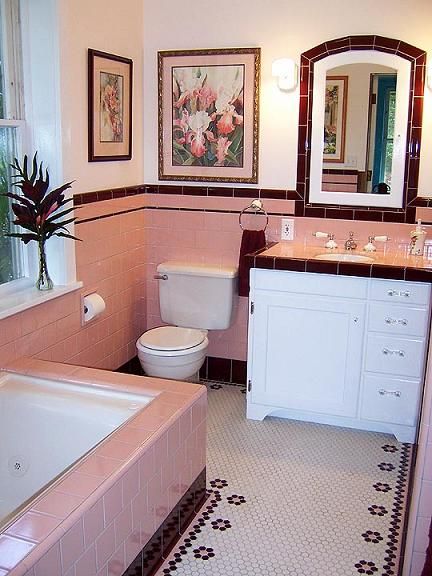 Of course pink doesn't need to be the only colour in the bathroom — how about this combination I came across in Pinterest. I have to admit I really like it. I could imagine this in my bathroom and it would be so pretty and delicate. 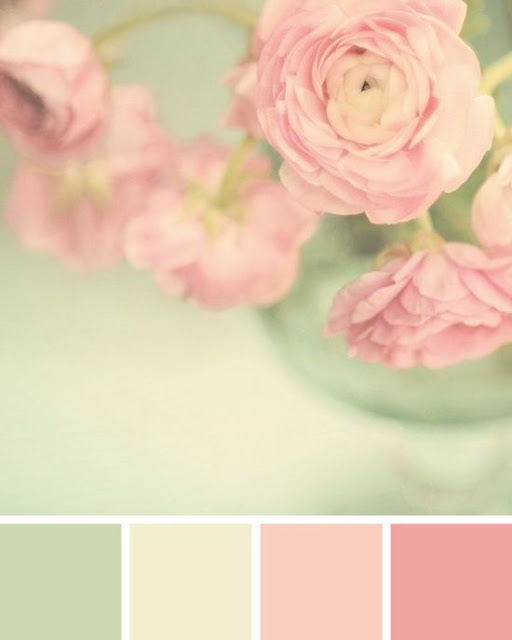 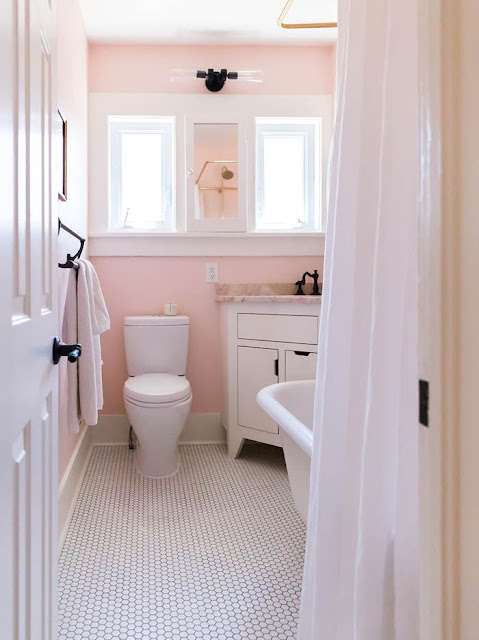 Of course, pink doesn't need to dominate the bathroom, the one above is quite nice with only pink paint with the remaining features white. Or, one could go for pink wallpaper like the example below — now, that is bold and daring!!


What colour is your bathroom? If you could change it's colour, what would you change it too? 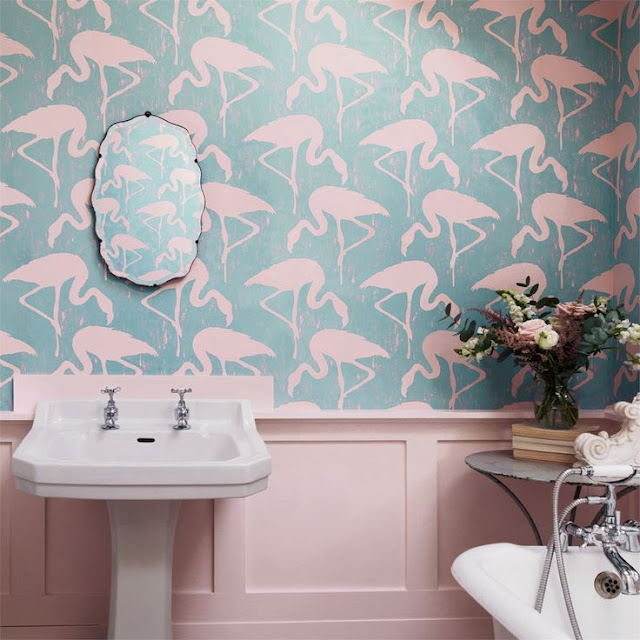