Recipe of the week: Huevos rancheros

June 16, 2012
I have decided that once a week I will make a NEW recipe, something I have never made before. I thought it would be fun and stretch my cooking skills a little plus our taste buds.

On the weekend I made my first "new" dish" HUEVOS RANCHEROS and it turned out so well I plan to make it again.  According to the cookbook, this recipe  should feed 4 people, however 2 of us ate it all, so I would suggest making more if you have a larger family as it simply wouldn't be enough for hungry boys.  We had two eggs each, however the recipe suggests 1 egg per person.

I also added some homegrown shredded spinach to increase the "healthy factor"! 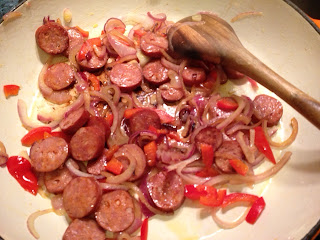 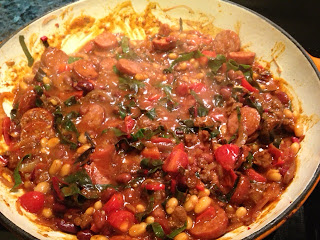 Later in the evening we had Jumbleberry Crumble from the Nigella Lawson cookbook "Express". I just love the name of this recipe so had to give it a go. I only had raspberries but that was fine, it tasted great and even my husband who doesn't usually eat dessert liked this. It isn't very sweet (not too unhealthy) and the raspberries remained quite tart.  We had it with lashings of cream:) 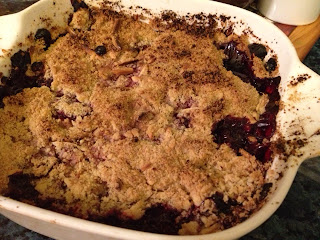