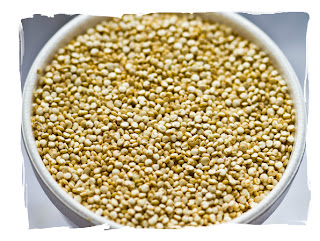 I decided I would try something I have never eaten or cooked before - QUINOA. Considering its health benefits I thought it was worth trying and it might be something we can eat more often.  I found a recipe I liked the sound of, and after getting some advice from my brother (who uses it because it is gluten free) I made Indian Spiced chicken quinoa pilaf from Taste.com.au. 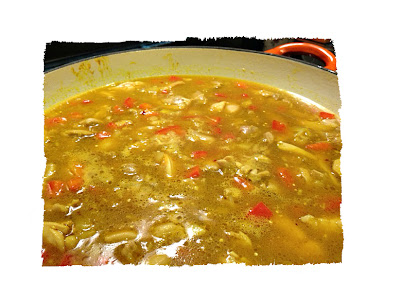 The recipe was easy to make, however I only used one cup of quinoa (which I had washed before cooking) and halved the stock (from 4 cups to 2 cups) which I think was better.  I also added spinach and capsicum to the recipe as it was lacking in vegetables.  I think you could add any vegetables to this recipe, depending on what you liked. But I did like the cashews that gave a lovely crunch.  My husband didn't think it was spicy enough, next time I will add more chilli to the dish. 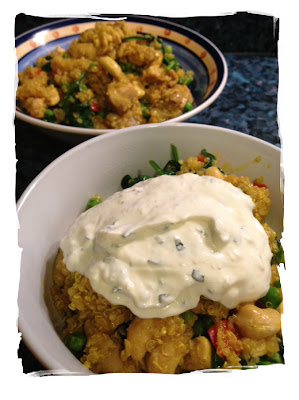 Quinoa really didn't have any taste, the texture was fine and it wasn't gluggy like rice can be in this sort of  dish. In fact I though it was quite a light dish if you know what I mean!  I would certainly make it again and perhaps try other recipes.  I have bought a cookbook to give me some ideas that I might try.