We all need common-sense 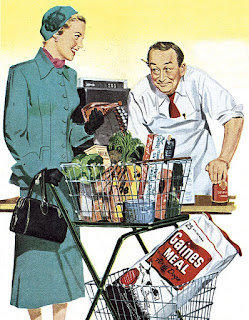 “Inspired by the Black Friday counter-movement Buy Nothing Day, I (Michelle McGagh) want to see if I can go a whole 12 months without spending on anything but bills and food. . . Black Friday is looming and while most people are gearing up to flex the plastic in the shopping bonanza, I’m facing a year of buying nothing – a whole 12-month shopping ban.


This means no meals out, no cinema trips, no holidays, no gigs unless they’re free, no rounds down the pub, no new clothes, no coffee – you get the idea. It also means I won’t be able to buy train tickets or bus fares so my trusty bicycle will be relied on to get from A to B. And I won’t be able to rely on friends and family to pay for me either – it’s a year of no spending, not scrounging. . . . Totalling up my spending on coffee over the past year left me with palpitations (not the ones induced by caffeine either) – I’ve spent more than £400 on takeaway coffee alone. Random trips to the supermarkets for top-up shops and lunches totalled another £1,000 over the year despite doing a big food shop once a month.” (from: The Guardian, Friday 27th November, 2015)

What do you think, could you go a year and not spend any money on non-essentials?

I couldn’t and I wouldn’t even try as I know I would fail within the first month.

And, I don't see the point.

Nor do I go for the frugal/minimalist line either.  I just think we should all use a little common sense when spending — perhaps I should start a new movement called the “Common-sense movement”. We shouldn't go overboard and spend more than we have, but that doesn't mean we need to be so frugal it becomes painful and leads to poverty. There is a balance that needs to be found. Spending too much or being so frugal that one becomes obsessed are both bad — both requires far too much thinking about money and that is not good. — in facts its a sin.

I recently bought two (designer brand) skirts to spoil myself — I decided to visit the op shop instead of buying new (vintage is all the rage!). Found two great bargains that will be perfect. Instead of spending over $100 on new, I spent a fraction. One doesn't need to go without, one just needs to spend wisely. At this time of the year many people loose their common-sense when buying Christmas gifts. I heard on the news that Australians will spend $50 billion dollars at Christmas — enough money to make a differences to many social problems we currently have in this country.  When buying gifts — buy one per person rather than a truck load, buy useful gifts rather than things that will end up collecting dust. Or, instead of buying — offer your services and lend a helping hand.

I am seeing this extreme view with lots of things . . . sugar is the classic — cut out sugar from everything, why . . . have common-sense and reduce it, but there is no need to cut it out completely. Enjoy a slice of cake containing sugar, just don't sit and eat the entire cake!!

Some people stop using the Facebook, Pinterest etc... in the same way they cut out sugar. Why not reduce the amount of use, but have common-sense and use it less often. Social media is great but one needs to have some self-control when using it. It comes back to having common-sense.

We are living in a society of extreme views — immigration is another. Recent attacks in Paris by a small group of Muslim extremist thugs has resulted in some crazy ideas such as all Muslims should wear ankle bracelets so they can be traced. No, why not use common-sense and focus on the few bad-apples and leave the others alone.

"Common sense is neither common nor sense. There's not a whole of sound judgment going on these days (though whether it is worse than in the past, I can't be sure), so it's not common. If common sense was common, then most people wouldn't make the kinds of decisions they do every day. People wouldn't buy stuff they can't afford. They wouldn't smoke cigarettes or eat junk food. They wouldn't gamble. And if you want to get really specific and timely, politicians wouldn't be tweeting pictures of their private parts to strangers. In other words, people wouldn't do the multitude of things that are clearly not good for them." (source)

For the Lord gives wisdom; From His mouth come knowledge and understanding.
(Proverbs 2:6)