Why are there so many superheroes? 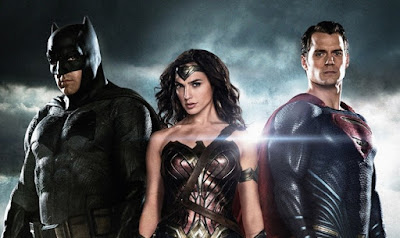 Superman, Batman, Spiderman, Ant-man, Thor, Captan America, Green Arrow, Iron Man, Hulk, Green Lantern, Flash Wolverine, Steel, the Fantastic Four . . . . plus the hundreds of other superhero created by Marvel and DC over the last 80 years. And with every superhero is a villain or two.

Superheroes are not new — Superman (or Clarke Kent) was created in 1932 and Batman (or otherwise known as Bruce Wayne) was created in 1939. Many millions of children around the world have grown up with these superheroes and spent lots of pocket money buying the comic books. Modern children (and adults alike) flock in very large numbers to see the latest Marvel or DC movie — we have the X-Men franchise (8 thus far), we have the Batman and Superman franchises and it just keeps on growing. There is money to be made in these franchise (for example, the three Batman movies made $US1.45 billion and the three Superman movies made $US1.11 billion). Disney bought Marvel comics in 2008 for $US4 billion and have thus far made $US7 billion.

Superheroes are all the rage right now and Hollywood (Disney, Warner Bros. and Fox in particular) are all making the most of it and have plenty more movies in the pipe line.

The superhero was born in an age of violence and destitution. The first superheroes emerged in the 1930's at a time when most of the world was enduring a pronounced economic downturn and aggressive military policies were pushing the global powers toward the path of war. With the world on the precipice and the general public underpaid and underfed it was a world sorely in need of heroes, whether real or imagined. (source)

Not only can you watch superhero movies, you can watch them on TV as a series (i.e. Arrow, Jessica Jones or Gotham) and you can buy all the merchandise, and its endless. You can buy quilt covers, clothing, dress-ups for children, your breakfast cereal is likely to have a superhero on it. Everywhere you look is another superhero (or the matching villain).  In fact much of this merchandise is aimed at your children and they are highly successful in sucking in children from the youngest to the oldest.

Lets spend a moment thinking about a superhero and the villain — a superhero saves the world and the villain tries to destroy it. Sound familiar, because it is. Superheroes, after some sort of life changing event gain special powers that is unique to him (or her) and he is able to play god. He can run faster, he can become invisible, he can fly through space—he is the good guy that no one ever quite sees or understands but they all know he does great things and often the saviour of the universe. He is also willing to sacrifice himself for the great good of the world.  The villain, on the other hand, is bad but also has special powers and he is playing satan. This is played out across every single superhero story, the plot may change slightly but the theme is always the same. Some movies will have more than one superhero—each one with a different power, all working together for good.

Some movies are very funny and more like a comedy (i.e. Guardians of the Galaxy), other are very dark and depressing, or there are those that are action-filled and full of adventure. Some are aimed at children, others are made for adults.

Why are they so popular? We, as a society like the idea of having a saviour, someone that can save the world from the bad guys—especially when the world is so uncertain and we are surrounded by tragedy and sadness. Funny how society wants a saviour, but goes searching in Hollywood rather than simply opening their bibles — as there is already a saviour that has far more power than any superhero. But the world has rejected the Heavenly Father for Marvel and DC instead.  There is only ONE GOD — we need no more, we known that none of us have the same powers or abilities and we know that the comic characters are just silly made up stories to provide entertainment.  Nothing more.

Society does need saving but only the Lord Jesus Christ can do that. Should you watch these superhero movies, that is some personal to you. I have watched some of them, they can be entertaining and fun, they are often rather silly with weak plots, others are violent and dark and a few are R rated. If you have any doubts about watching any movie, including those about superheroes — remember James 1:5 and ask God for wisdom.

If any of you lacks wisdom, let him ask of God, who gives to all liberally and without reproach, and it will be given to him.

If you choose to watch one of the these movies, don't take the moral lessons they weave through stories as truth, its all a lie — the world can not save it's self, man is destine to destruction. Only God can save us, nothing else. There ins't a superhero just around the corner with special powers—there has always been one God, that sadly the world has rejected Him. And as for villains, Satan is always watching and waiting for us to stumble and desire him more than God.

Jesus answered him, “The first of all the commandments is: ‘Hear, O Israel, the Lord our God, the Lord is one. And you shall love the Lord your God with all your heart, with all your soul, with all your mind, and with all your strength.’ This is the first commandment. And the second, like it, is this: ‘You shall love your neighbour as yourself.’  There is no other commandment greater than these.”So the scribe said to Him, “Well said, Teacher. You have spoken the truth, for there is one God, and there is no other but He. And to love Him with all the heart, with all the understanding, with all the soul, and with all the strength, and to love one’s neighbour as oneself, is more than all the whole burnt offerings and sacrifices.”Now when Jesus saw that he answered wisely, He said to him, “You are not far from the kingdom of God.” But after that no one dared question Him. (Mark 12:29-34)

A quite thought film Movies