Why are we so intolerant? 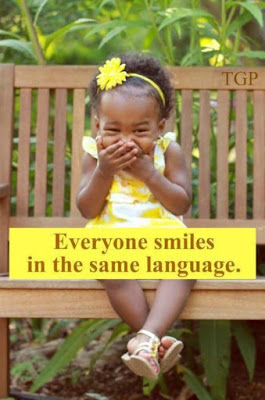 Intolerances: "unwillingness to accept views, beliefs, or behaviour that differ from one's own."

A baby isn’t born with hatred, intolerance, racism, sexism, bigotry, homophobia and prejudice, sadly they are often taught these things by the ones who love them — their parents.

As a society we live in a world full of intolerances. Whilst not everyone is intolerant, we are seeing a growing number across the world thanks to politicians playing on the fears of the community and winding up the population. Extreme nationalism has recently been seen in the United Kingdom following the referendum to leave the EU — with a 50% increase in reported hate crimes.  There are reports of schoolchildren terrified of being deported. “Polish vermin” and “send them home” seem to be becoming something that immigrants and non-whites have to once again have to endure.

There are those who do not like people from countries that are different to our own, who have cultures and a way of life that seems alien to us. Muslim women who dress more traditionally are being targeted on the streets and in buses and some believe all Muslims should all be "profiled" because of the behaviour of only a few.

Instead of learning and sharing different cultures we avoid people who are different to ourselves.

Sadly the west has a long and tragic history of colour segregation because whites (including many Christians) believed for far too long that they were superior to black—it resulted in numerous deaths that never needed to happen. Sadly white supremacy is still going strong in many societies around the world.

We are afraid of those of different faiths and as a result, millions of people have been persecute for their religious beliefs and some have been willing to go to war over religion. Hitler killed 6 millions Jews but tragically genocide continues to happen around the world, most recently by ISIS.

We think it is ok to called homosexuals names that are derogatory and hurtful because of their sexual orientation. Throughout history many homosexuals have been murdered because the community thought it was ok. It isn't. Many parents disown their children when they "come out" which is tragic and so sad. It isn't ok to treat anyone like this.

We belittle women who stay at home and we treat women who work in a way that is not acceptable. We think we have the right answers so its ok to say things to others who do it differently, even if we don't stop to hear their stories.

Children at school are bullied because they are different, intolerance starts young.

Only recently we witnessed another gun massacre in the USA resulting in the deaths of 49 innocent people but sadly too many are more concerned about right to keep their guns that saving lives.

Husbands killing their wives because they believe they are superior and their wives should be punished for their behaviour—it is only recently have we seen a movement to put a stop to domestic violence, however with two deaths a week in Australia, we still have a long way to go.

Politicians have become experts at dividing the nation with “them and us”, playing on the fears of the community and whipping up a frenzy of hate. It doesn't matters if they are not talking the truth, all that matters is that they win — and in the process, creating fear and uncertainty and INTOLERANCE.  What is worse — the politicians that lie or that we are sucked in to these lies.

Thanks to our intolerance we are seeing an increase in right wing groups spreading hate in the community. We are more concerned about driving out Muslims than understanding them.  In Sweden the extremist anti-migrant Swedish Democrats are making the political movements. In Austria, the extreme right came within a whisker of winning the nation’s presidency and in Australia several very right-wing candidates have successfully would senate positions.

Where is our Christian charity?


One Muslim doing something terrible in Florida does not make the entire Muslim community bad.

This is My commandment, that you love one another as I have loved you. (John 15:12)

The Lord has asked us to love one another just as He loves us — no matter the colour, religious beliefs, ethnic background, sexual orientation etc..  This is not an option and nor can we be choosy about who we love — this is a commandment. Therefore NO christian should be intolerant and exclude those who are different because that isn't love.

"This love needs to be deliberate, decisive, firm, obedient, gracious. This kind of love is not indulgent or weak. Agape love does not just forgive people, it also holds people accountable. The love that Jesus commands is a decision, not a feeling. it is clear eyed and realistic. The love of God always seeks the highest good of the person being loved, even in the most externe and unlovely situations" (source: Ray Stedman: God's Loving Word, page 432

As Christians we are to tolerate others even if they have different beliefs about God. However, it does not mean we have to believe what they believe as truth, but it does mean that we don’t treat them with hostility and ill-treatment, rather human decency, compassion and love. We need to be "Christ in action".

As Christians, we are in no way more superior to those who don’t believe and we should not behave as if we are.

As Christians we will come across many people who will reject (or make fun) us for our beliefs “If the world hates you, you know that it hated Me before it hated you” (John 15:18), but that doesn’t mean we behave in a similar way to non-believers.

Being tolerant to others, doesn't mean we don't talk about God to non-believers. It doesn't mean we comprise our beliefs, but it does mean showing kindness and "loving one another" even if the person is a Muslim, a homosexual, black or white.